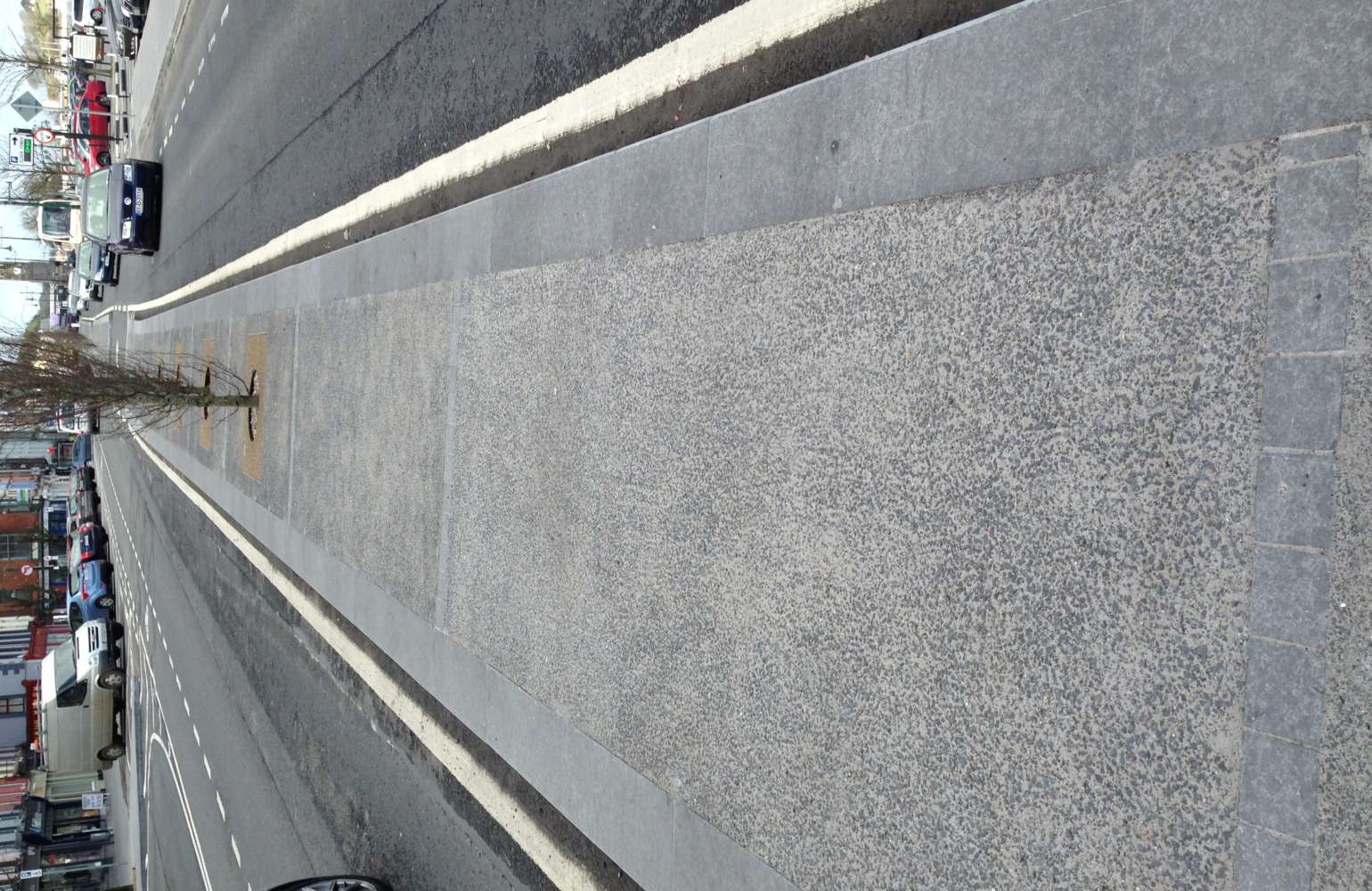 The Viking Triangle in Waterford is, as its name suggests, over a thousand years old.

Waterford had been hit very hard by the economic recession, and the city centre was showing signs of dereliction and decay. The collapse of Waterford Crystal alone had resulted in the loss of three thousand jobs. If Waterford was to hold its own as Ireland gradually recovered from the crisis, something needed to be done, but there were strict financial constraints, as well as a demand for work in an area of high unemployment.

That is why Waterford City and County Council, working with The Viking Trust Company, looked for local architects, designers, consultants and materials.

The aim of the regeneration project was to make the Viking Triangle the cultural and heritage quarter of the city. Waterford needed to attract visitors; it could not afford to retain its title of “Ireland’s least discovered city”, and the Viking Triangle was intended to spearhead the list of interesting places in southern Ireland for tourists to explore.

The area around South Quays and South Mall in the city centre was a particularly interesting challenge for the designers, who cleverly took the pattern of the ‘Carlow Flag’ paving, and worked with it to give an impression of informality whilst ensuring that the slabs are in fact accurately aligned.

Some of the original limestone flags had endured so well that they could be restored and relaid over a new base; yet more evidence of the durability of Irish Blue Limestone.

The most famous building in the triangle is Reginald’s Tower, a circular stone structure that contains the Viking Museum. Any work around this landmark would need to be carefully designed in order to blend in with the tower, whilst at the same time meeting the requirements of the redevelopment. This is why the council took the unusual step of employing an archaeologist to be on site during all stages of the work, to ensure that it remained in keeping with the ambience of the Viking Triangle. Modern concrete walls needed to be dressed in Ashlar Limestone, for example, and the enclosed and surrounding paving and kerbs had to be of natural stone, finished in a style that not only met the stringent safety requirements, but also looked as if they had been in place for hundreds of years.

The finish chosen for this exacting task was Flamed, and the stone, almost inevitably, was Irish Blue Limestone. The pathways and the roundabouts on the traffic and bus routes through the city followed the same general pattern, using limestone paving and setts.

The regeneration of the Viking Triangle is, truly, a success story, and one that deserves recognition. It received this when it was nominated for the prestigious Rosa Barba International Landscape Prize in 2016, a competition that rewards the best in landscape architecture projects, and that brings the finest professional practices worldwide to public attention.