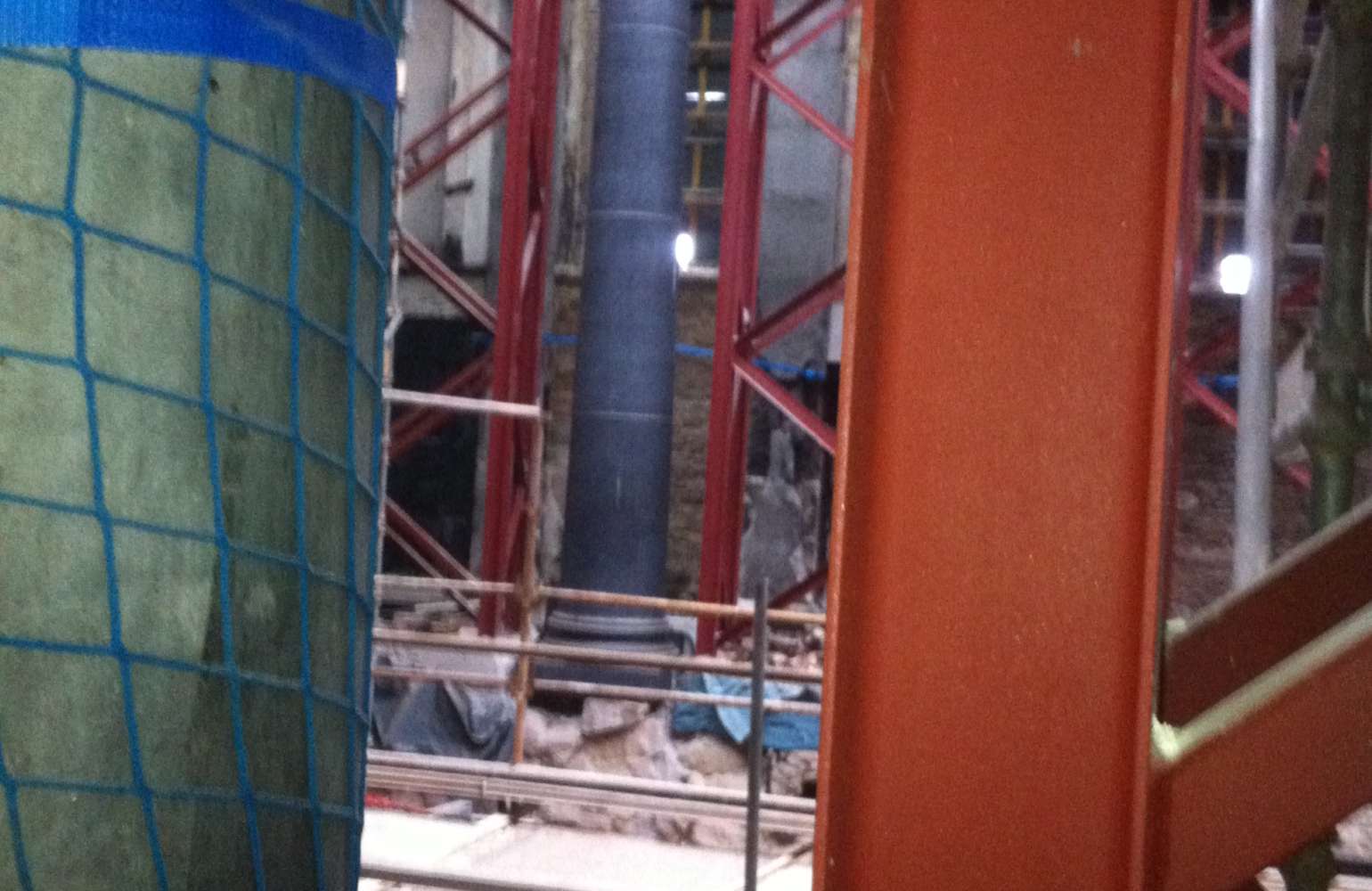 The fire that gutted the nineteenth century Roman Catholic cathedral on Christmas Eve in 2009 was a disaster. St Mel’s is one of the finest churches in Ireland, designed by the great Joseph Keane, opened for worship in 1856, and named the “Flagship Cathedral” of the Irish midlands.

The fire raged for nearly two days, destroying the roof, the interior timbers of the nave, and the 28 structural ionic Irish Blue Limestone columns, as well as damaging the pilasters, copings, window surrounds, pad stones and corbels to the campanile.

The building is not only unique, it is of great historical importance. For this reason the Irish Planning department, An Board Pleanála, specified ‘like for like replacement’.

The limestone for the restoration came from County Carlow, Stone Development’s quarry at Old Leighlin, and the 675 tonnes of finished and hand crafted elements required the quarrying of over ten thousand tonnes of limestone.

The greatest challenge for the craftsmen working on the project was the columns, which had to match the originals. They are huge. Each one consists of a decorative capital, a fillet stone, four intermediate drums, and a base. Each drum weighs over three tonnes.

Although the ‘like for like’ replacement specification was essential for all visible work, the planning department did agree that modern methods could be used where they could not be seen. Without the use of the threaded anchors, chemically fixed into position and tested to 1.5 times the column weight by Stone Developments, lifting the drums onto their bases and the lower sections would probably not have been possible, given that they had to be manoeuvred through a sliding section in the roof, an engineering problem that the original craftsmen had not had to solve.

“I think the term tradesmen does not do justice to these people,” said Michael Bane, head of Purcell Construction, one of the companies entrusted with the project. “They are artists – they take so much pride in their work.” A poignant reminder of the age of the crafts came when it was discovered that some of the craftsmen who had carved the original stonework had left their names on the stone.

“It reminds us that what we are doing today will be the history of tomorrow,” said Kevin Fay, a one-time altar boy in the cathedral. Fay is now a director of the Gem Group, an experienced structural engineer who led the conservation project, which, at thirty million euros, was described as the largest of its kind in western Europe.

St Mel’s cathedral opened on time, on Christmas Eve 2014, and Midnight Mass was celebrated, as had been promised. The congregation and the clergy had much for which to give thanks; for the restoration of their beloved cathedral; for the skill and dedication of the craftsmen who had made it possible; for the brilliant work of the architect, Colm Redmond, of Fitzgerald, Kavanagh & Partners, who stepped in when Dr Richard Hurley, who had originally been commissioned, died; and for the soaring grandeur of the beautiful building, old, but renewed, risen from the ashes and brought back to life by the dedication and determination of all who had been involved in the great task.