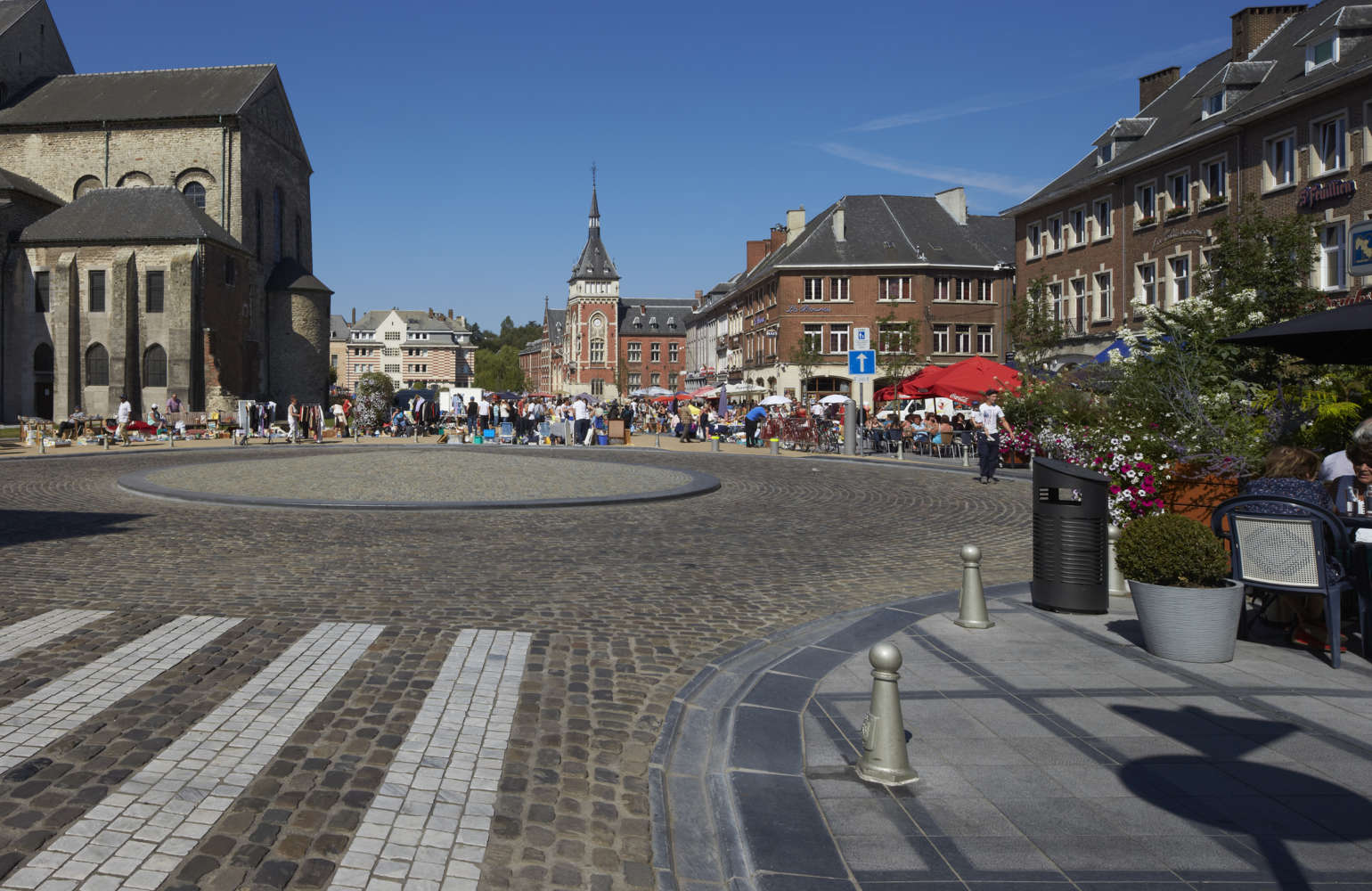 City planners do not make hasty decisions.  Where major projects are concerned, they, their architects and contractors, and, in the end, their citizens demand the products that are the most suitable, that are durable, safe, and good value for money.

Tournai, Nivelles and Brussels in Belgium have seen major refurbishment over the past few years, and these cities chose Irish Blue Limestone for their paving slabs, kerbstones and water channels.

There would have been a wide choice of stone, and all would have been considered with care, but in the end the choice was made, and it was for one of the loveliest natural stones Europe has to offer; Irish Blue Limestone.

They were, however, looking for more than beauty.  Paving and kerbstones in major cities need to offer many positive factors.  The stone must be hard-wearing and durable, because no city planner wants to face bills for repair and replacement.  Versatility may seem a strange word to use where stone is concerned, but there will be a range of shapes and finishes in the plazas, pavements and water courses in a city centre, so the stone must be easy to shape, and the choices of finish must cover all the requirements.  Water courses must be smooth to allow for unrestricted flow; pavements level and attractive; and kerbstones must have safety at the top of the list.

In Nivelles, a beautiful old town to the south west of Brussels, the architects chose Kilkenny Irish Blue Limestone with a bush hammered finish, including a 30 mm sanded line pattern with sanded linear elements in curved shapes for the complete make-over of the ‘Grand Place’, and they chose it because the ‘Grand Place’ holds weekly traditional markets as well as occasional major events.  The stone needs to be very hard-wearing to bear such heavy traffic.

Tournai also chose Irish Blue Limestone, but in this case they chose the Sbattu finish, irregular chiselling to create a contrast between the light grey markings and the dark background.

Both finishes are not only attractive, but also create a non-slip surface, which, in Western Europe, with its icy winters and wet springs and autumns, is essential.

Amsterdam too chose Irish Blue Limestone when the city needed to replace worn kerbing, and the colour of the stone offers a superb contrast with the purple colour of the Belgian limestone of the pavements.  Again, safety was a major factor, and the finish is non-slip.

London.  The Home Office, and the More London project, where Fosters would settle for nothing less than the best, and they got it.