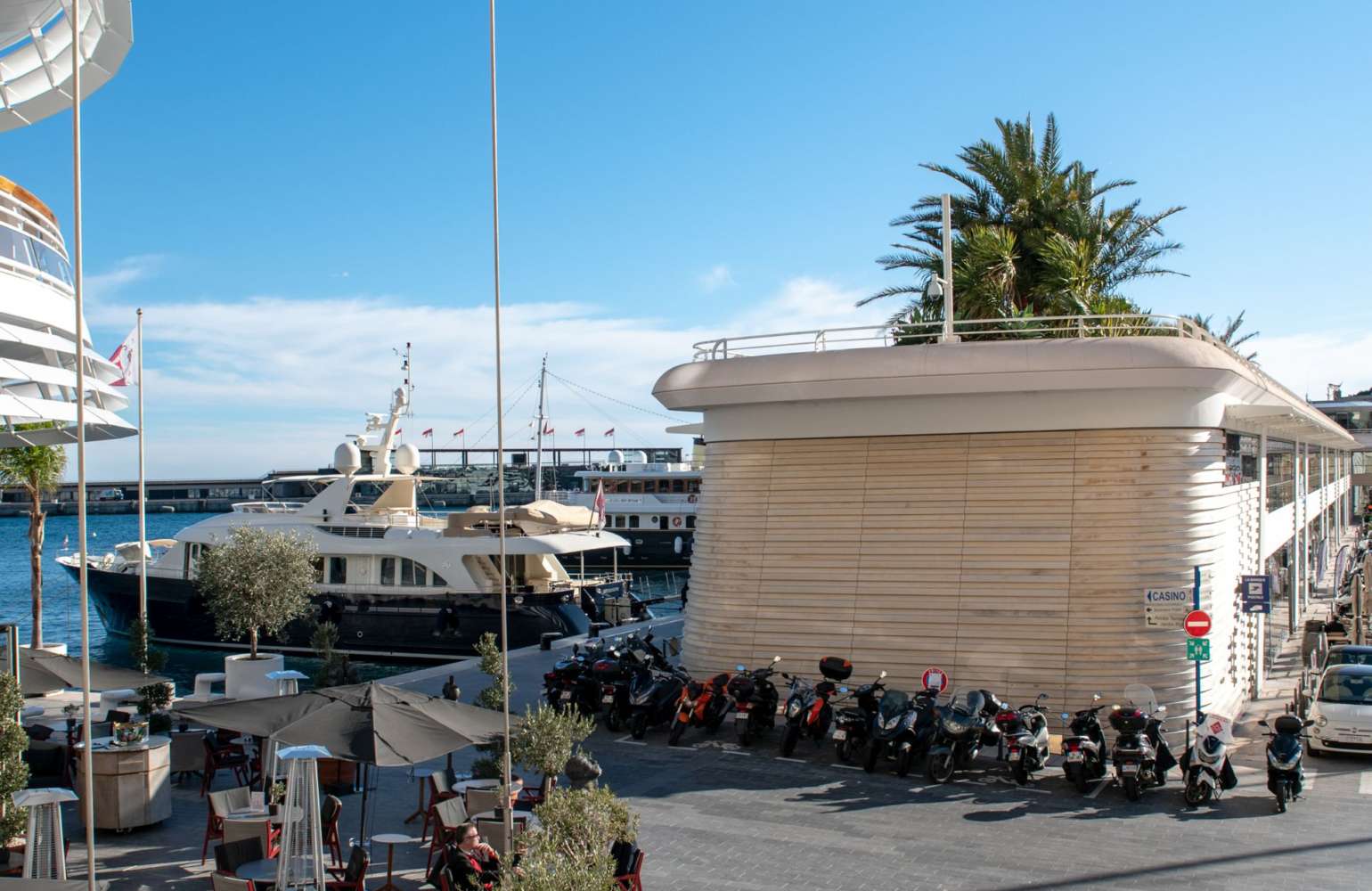 Monaco, the tiny principality on the southern coast of Europe, is a by-word for glamour and wealth, the playground of the ultra-rich.  It is famed for its casinos, for the Grand Prix which runs annually through its winding streets, and, more recently, for its magnificent marina and the new Royal Yacht Club.

Built on an area of reclaimed land in La Condamine, the centre of Monaco, the Royal Yacht Club was designed by the world-famous architects Foster and Partners, headed by Sir Norman Foster himself, working in collaboration with the Monegasque architect Alexandre Giraldi.  The design specifications stipulated not only that it should be of the highest quality, taking in views of the Grand Prix course, the marina, and the finishing line of yacht races, but also that it should set new standards for sustainability.  In order to comply with this, the Royal Yacht Club building has incorporated photovoltaic cells, solar thermal panels, and sea-water cooling systems.

The high standards of sustainability and environmentally-friendly methods of quarrying and working will have played their part in the decision of the designers to use Irish Blue Limestone for the land-side approach to the Royal Yacht Club.  Natural stone has been shown by many studies and research projects to be the best choice when it comes to minimising the carbon footprint of building materials, and when Monaco demands high standards from its designers and suppliers, high standards are delivered.

In this case, Kilkenny Limestone Quarries delivered large Flamed paving slabs, which are flanked by Diamond flush sawn kerbs, two of the many finishes available in this most versatile of natural stone.

It is not the first time that a project headed by Foster and Partners has used Irish Blue Limestone.  The More London project made extensive use of the stone in the public spaces of the thirteen-acre site in Southwark.