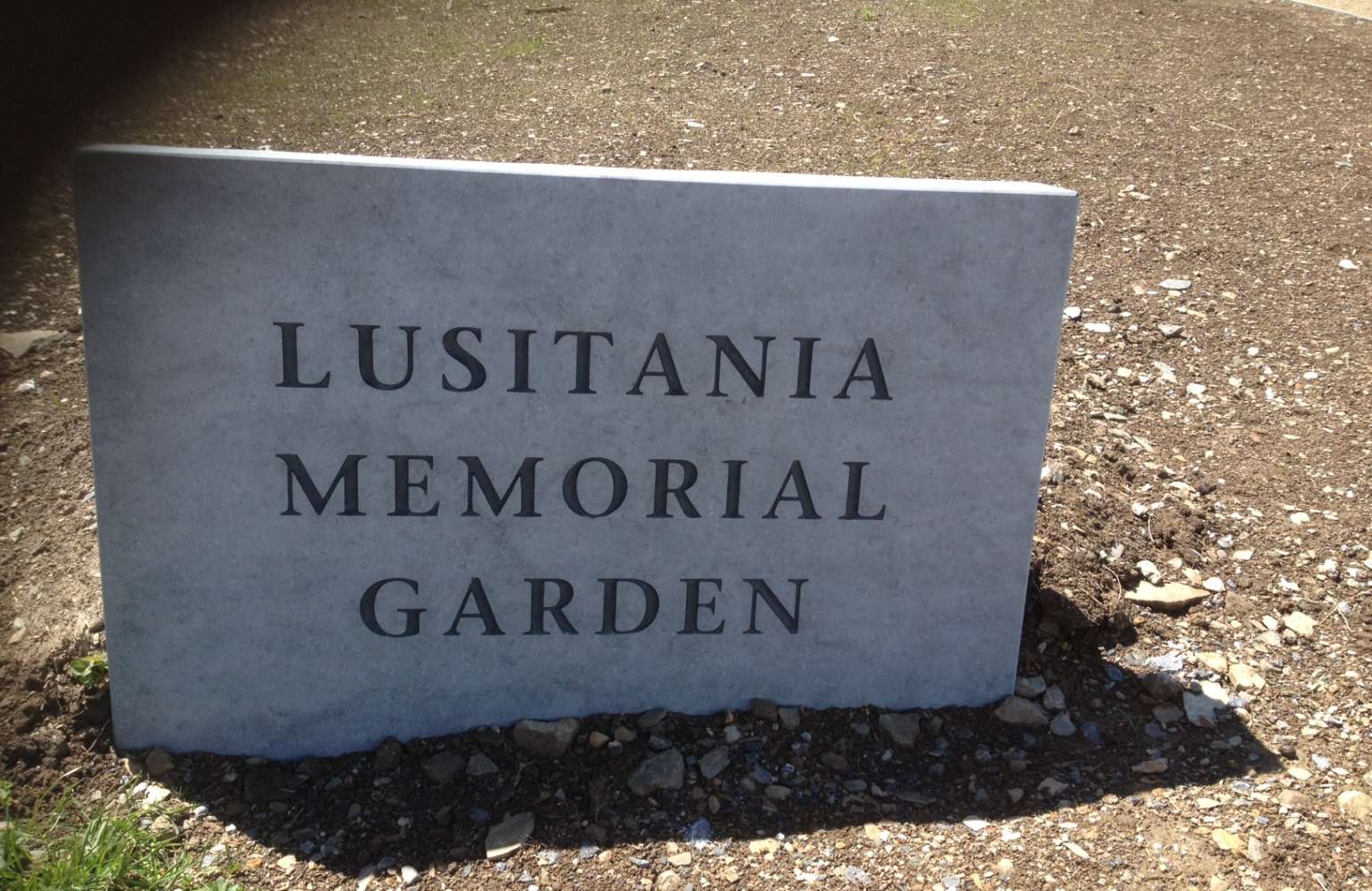 Kinsale, County Cork, on the southern coast of Ireland, has a history that covers being a Viking trading post, a medieval fishing port, and a supply depot for the Royal Navy.  Now, it is a popular tourist destination, largely because it offers cruises into the edges of the Atlantic Ocean, where passengers can see whales, but also because of its growing reputation in the field of gourmet food.

Perhaps the saddest episode in Kinsale’s story is that of the sinking of the RMS Lusitania, a British passenger ship, when nearly half of the almost two thousand people on board died when she was torpedoed by a German U-boat in May 1915.  This event has been described as the first major civilian atrocity, and it was used as a powerful argument to persuade the US President of the time, Woodrow Wilson, to abandon the policy of neutrality and commit troops to the war against Germany.

Many of the victims were buried in the nearby graveyard of the Old Church in Cobh.

When work began on the restoration of the Old Head Signal Tower, one of eighty one flag and ball communication towers built in response to the threat of a French invasion during the Napoleonic Wars, the construction of a memorial garden dedicated to the memory of the victims of the Lusitania sinking became part of the wider plan.   Cunnane Stratton Reynolds Land Planning and Design were commissioned to design a space that would be a peaceful place for visitors, from where they could enjoy the natural beauty of the landscape while acknowledging the tragedy that had taken place such a short distance from the shore.

The centrepiece of the garden is a twenty-metre bronze sculpture in the shape of a wave.  It was made by National Sculpture Factory Cork Ltd artists Liam Lavery and Eithne Ring, who won the competition to design the piece.  The names of the victims are engraved on the Wave.

Another focal point is a flag and ball signalling mast, which stands in the centre of a sunken garden around which there are seating areas.  It is a lovely, peaceful space, with views of Old Head and part of the Wild Atlantic Way.  The seating and much of the paving has been constructed from Irish Blue Limestone, partly because the Cork County Council Planning Department has strict requirements for this site, and supervised the planning to ensure that it complied with the heritage and archaeological regulations, but mainly because such an important landmark on Ireland’s coastline demanded the best that Ireland could offer.  Nothing but this loveliest of Ireland’s natural stone would do.

For the visitor to this grave and peaceful place, the sea, on the borders of the great Atlantic Ocean is a timeless reminder of the history of Kinsale.  And today those who built the garden offer their own salute to the dead with the Wave sculpture in bronze, and with the natural limestone that defines and outlines the Lusitania Memorial Garden.