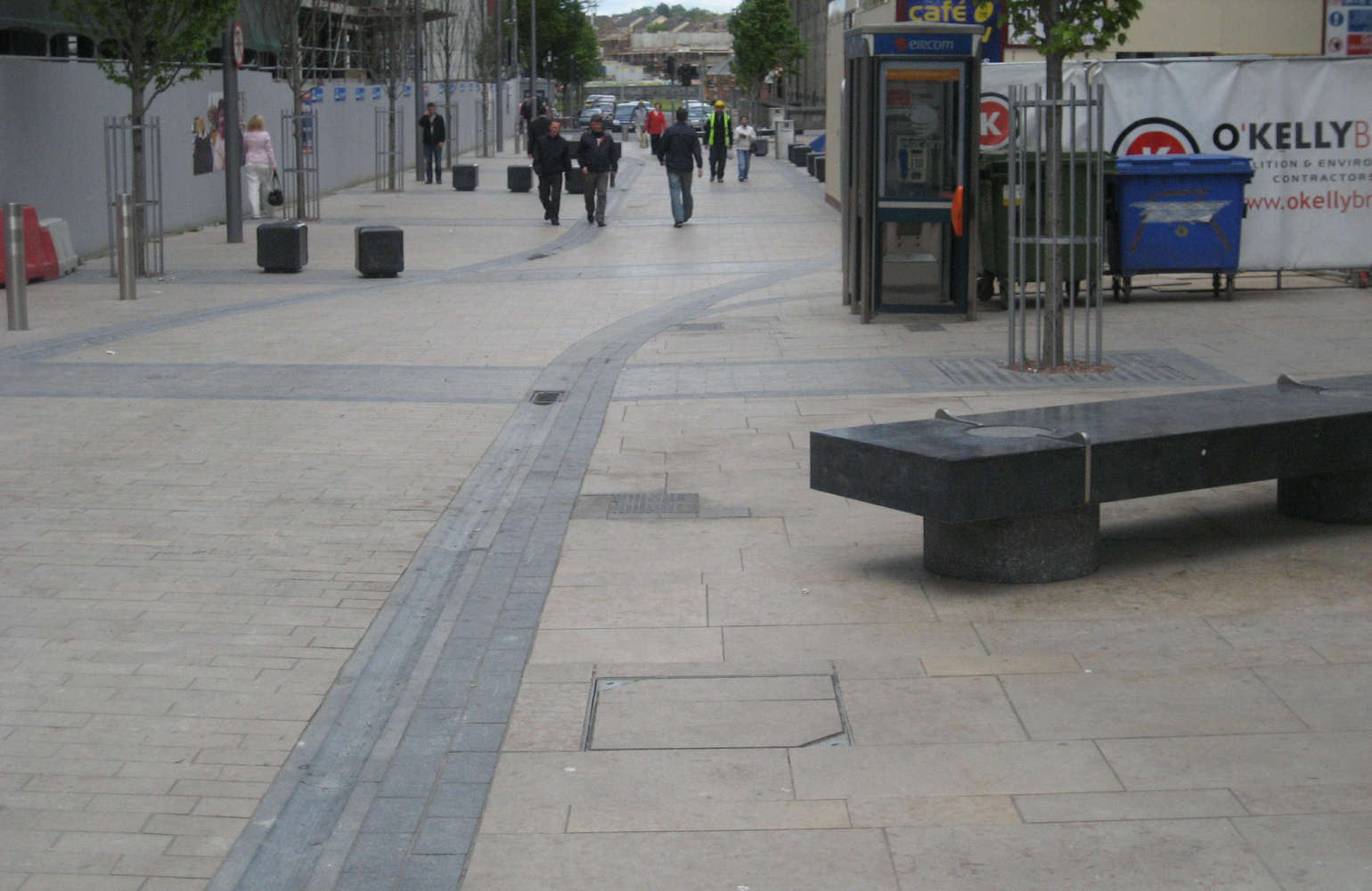 The Limerick Regeneration Framework Implementation Plan, unveiled in 2013, describes one of the largest regeneration programmes in Ireland. The Plan includes €253m investment on physical, €30m on social and €10m on economic programmes.   The Plan recognises the role that the built environment plays in enhancing the life of a city:

“Design will be a key element to all physical regeneration projects to ensure that it facilitates a greater sense of community.”

“Environmental protection and management with attractive landscaping” and “Improve quality of the public realm” are listed as pillars of the plan.

Limerick recognises the need to enhance its city centre, where shopping footfall has been badly affected by competition from suburban shopping centres.   However, this historic location (scene of a major battle in the Irish Civil War) has much to celebrate, including some fine Georgian architecture.  In 1574 it was described as Ireland’s major city, and stone was clearly a major feature of its public spaces at this time:  “ Limerick is stronger and more beautiful than all the other cities of Ireland, well walled with stout walls of hewn marble…there is no entrance except by stone bridges, one of the two of which has 14 arches, and the other eight … for the most part the houses are of square stone of black marble and built in the form of towers and fortresses.”

The plan for the city centre includes giving pedestrians priority, reducing unnecessary car traffic, and improving the streetscape; the aim is to promote walking, cycling and public transport around the urban centre.  There has been a series of public consultations to involve local residents and stakeholders.

Like many other civic authorities across the world, Limerick chose Irish Blue Limestone as a vital element of its urban regeneration.   The new city centre hard landscaping includes seating, kerbing and paving in this, the most natural of materials.  The pedestrian zone is protected by Irish Blue Limestone cube bollards, and enhanced by massive limestone benches.  As an Irish material, Irish Blue Limestone helps to instil a sense of place and a connection to the landscape; whilst at the same time providing a durable and non-slip surface that will enhance Limerick centre for years to come. 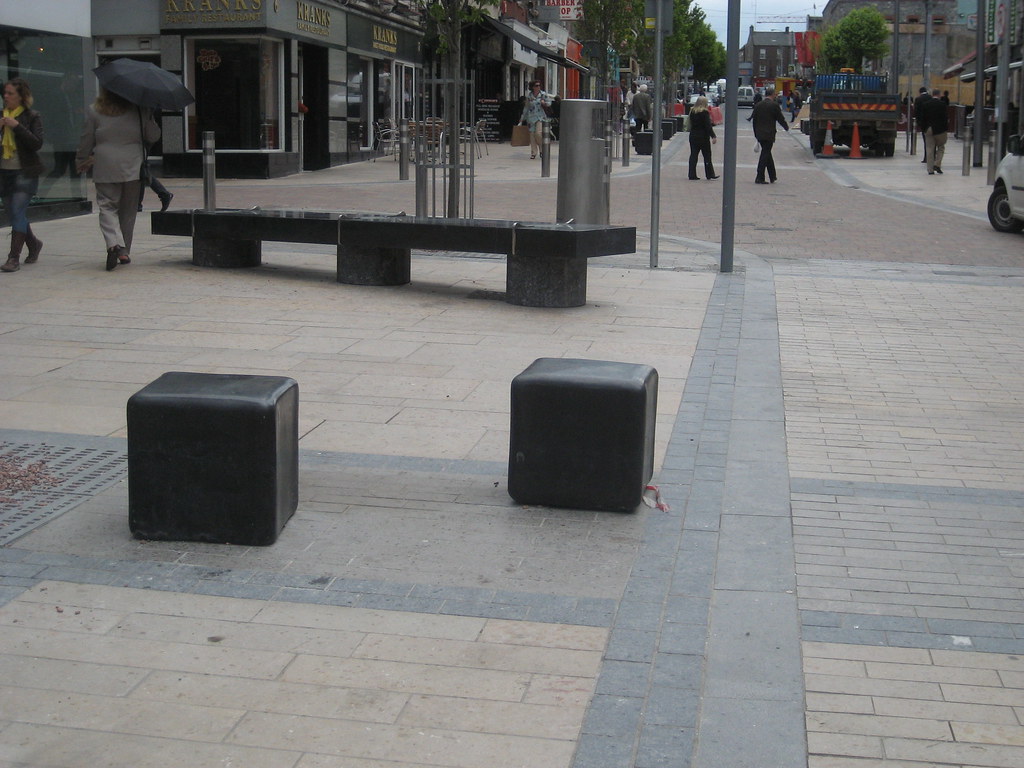