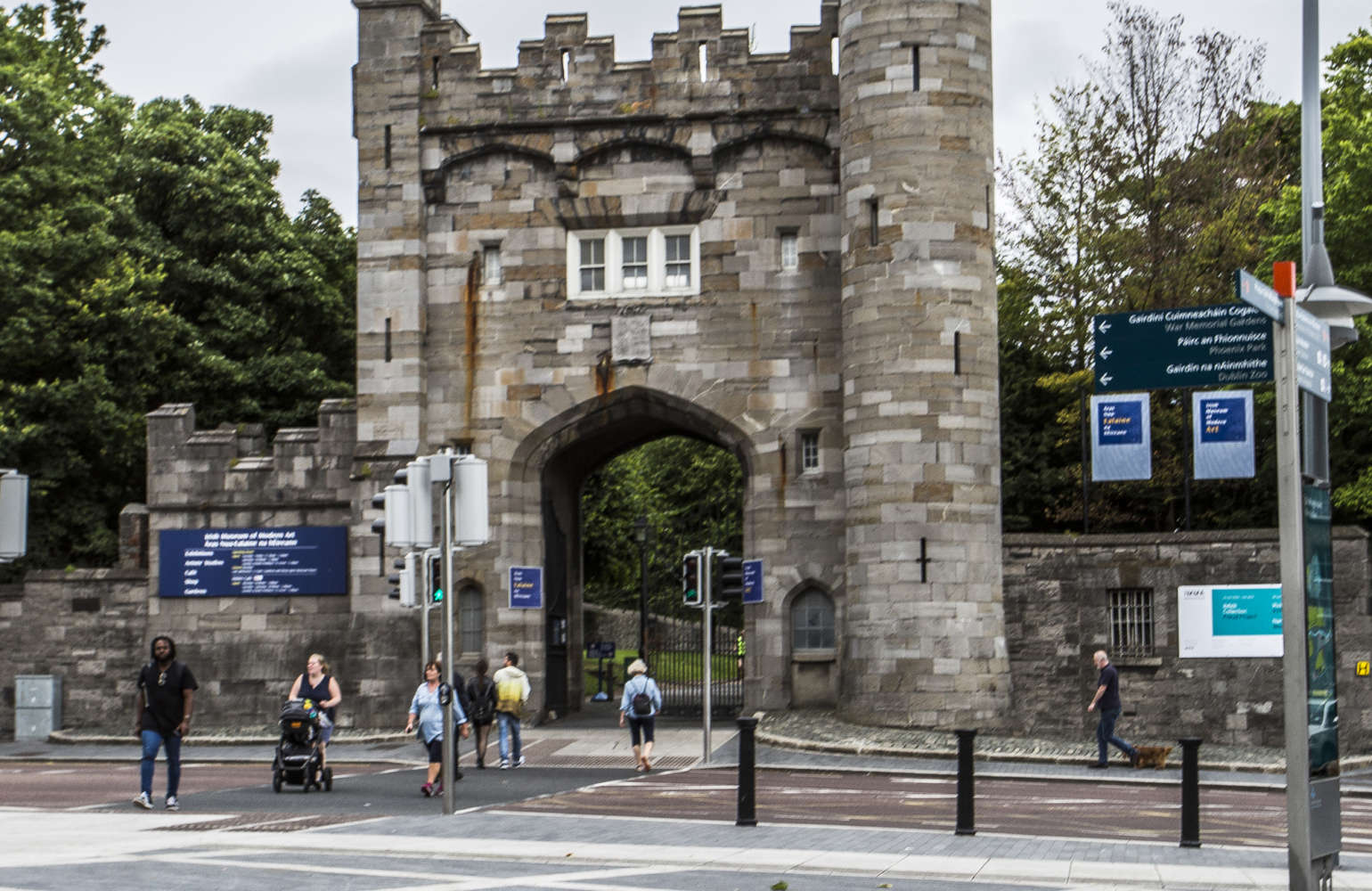 Irish Blue Limestone was an obvious choice for a new civic space where paving needed to withstand the pressure of thousands of tourists, as well as reflecting the architecture of one of Dublin’s most important buildings.

Kilmainham Gaol – the ‘Bastille of Ireland’ – is the premier tourist attraction in Dublin, with an annual total of about half a million visitors. It is a key destination for anyone with an interest in Irish history, but its story could have been very different; between 1924 and 1960, the Gaol had descended into decay and disrepair. Roofs had fallen in, trees and weeds grew everywhere and it was described at the time as an “unsightly ruin and a public eyesore”. There were plans to demolish it and clear the site, but in 1959, a small group of people formed a committee which drafted a scheme for the completion of renovations. After much effort by volunteers, the Gaol opened to the public in 1971, as a museum and monument to the heroes of the Irish freedom struggle who had been incarcerated there:

“A symbol of the centuries of tyranny exercised by an alien government over the Irish people: a memorial to the unconquerable spirit of patriot men and women who languished within its dungeons or who were executed beneath the shadow of its walls.”

In some ways, the new memorial was a victim of its own success. Because the prison building had been extended forwards in the nineteenth century, pavement space outside was very cramped, and the crowds of visitors were becoming a problem not just for the museum but also for local residents. The imminent 2016 centenary of the Easter Rising triggered a decision by Dublin City Council and the Office of Public Works to fund a new civic space outside the Gaol, as well as a new entrance through the adjacent Courthouse. SIAC was the construction firm contracted to carry out the work.

Dublin City Council specified Irish Blue Limestone not only for the building itself, which would have been essential if the integrity of the Gaol was to be maintained but also for the surrounding walkways and pavements. Seven hundred square metres of Flamed-finish Irish Blue Limestone paving was laid, in a setting which also includes stone seating, stone bollards and mature plane trees in new stone surrounds. Dark Wicklow granite was also used, producing a striking grid effect.

The new civic space, opened by Dublin’s Lord Mayor in May 2016, has proved popular with visitors and local residents. Sinn Féin Dublin City Councillor Críona Ní Dhálaigh said: “I commend Dublin City Council and the Office of Public Works for the quality of their work which has transformed this unique urban space. It is an excellent example of what can be achieved for the benefit of all when these two significant public bodies work closely together. This site is of enormous historical significance and I hope that all who visit, work or live in Kilmainham benefit from the transformation.