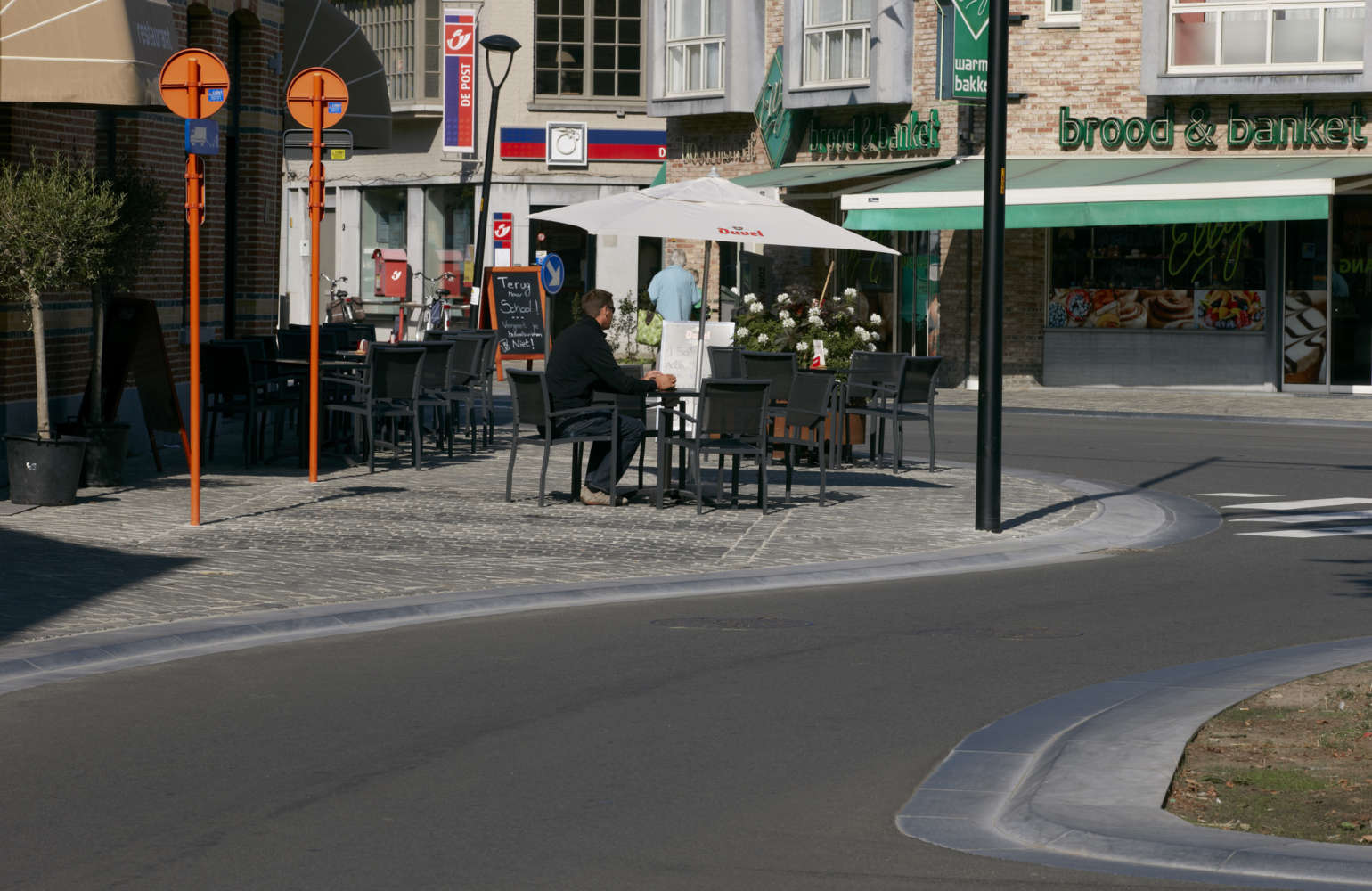 Hove is a prosperous residential suburb of the city of Antwerp in Belgium, with a population of of 8,307 and a total area of 5.99 square kilometres.  The municipality decided to expand its pedestrianised central area and ban through traffic.  This is a decision which is becoming increasingly common in Belgium, where town planners  understand the importance of the spaces between buildings; it is the public areas which create a sense of place, and also a sense of civic pride.

As in other parts of the world, city authorities in Belgium have observed that often, an improvement in the hard landscaping can trigger a response amongst local businesses, whose owners feel prompted to smarten up their own premises.  This in turn adds to the increased footfall occasioned by the pleasant sense of space and cleaner air which follow on from traffic control – a virtuous circle.

Irish Blue Limestone was a natural choice for this major project in Hove.  For a long time, it has been a popular material for civic authorities in Belgium, where its density and durability has led to its being given the affectionate nickname ‘Petit Granit’ – ‘Little Granite’.  This is in spite of the additional costs involved in transporting the stone from Ireland.

In the centre of Hove, traditional granite cobbles were edged with Irish Blue Limestone kerbs with a fine sanded finish.  This is smooth, pale blue-grey finish which is achieved with a dry sanding process, leaving the fossils in the stone visible.  A sanded finish is both durable and non-slip.  The water channel, also in limestone, becomes a distinctive feature of the urban landscape as it snakes its way through the newly traffic-free streets – a ‘Blue Ribbon’ delineating the pedestrianised area.

The newly-paved, traffic-free centre of Hove has proved popular with residents and visitors, making the central streets a pleasant place to walk, shop, and enjoy a cup of coffee at a traditional café.

Although primarily an up-market residential area (it has some of Belgium’s most expensive property prices) Hove is also home to the Urania observatory and planetarium.