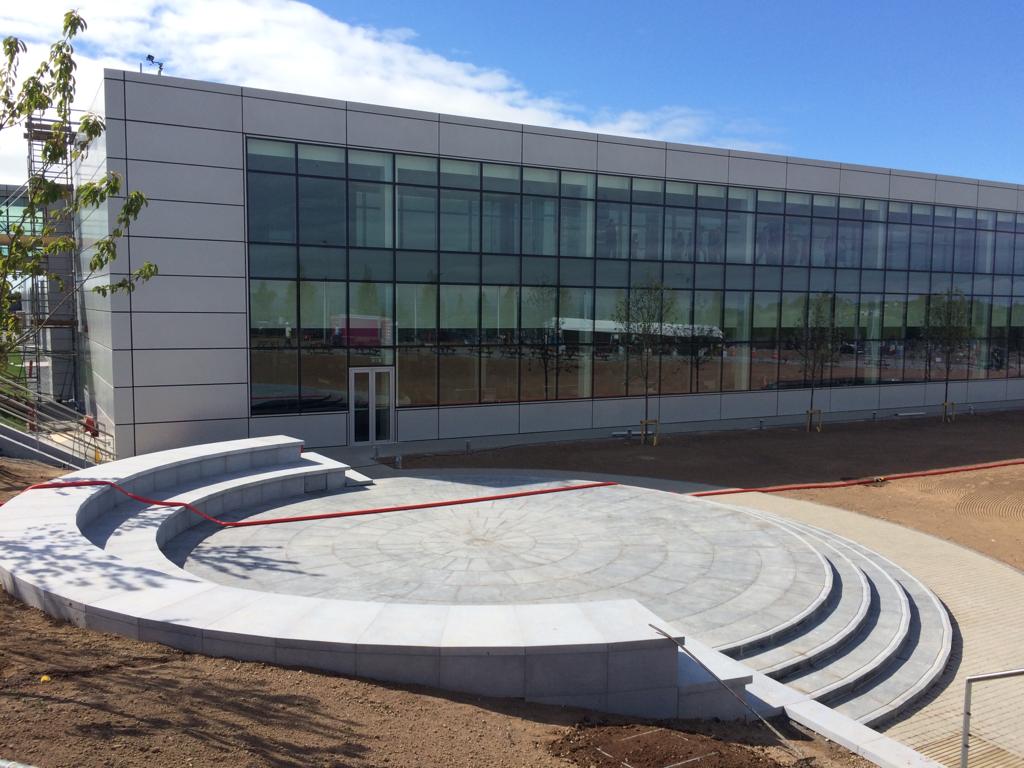 When a company with the financial acumen of Apple chooses Irish Blue Limestone for the landscaping on its Hollyhill campus, you can be certain that value for money played a part in the decision on materials.

Cork, on the southern coast of Ireland, is a city with a long and famous history.  It was founded by Saint Finbar in the sixth century, although the modern city was probably established by Viking settlers in the early part of the tenth century, and they used it as a trading post, expanding it as trade flourished.

And so, with such a long history of trade, it is perhaps not surprising that one of the world’s wealthiest businesses, worth more than $922 billion, should choose Cork for its latest campus, and invest over two hundred million euros in the development.  The campus has space for fourteen hundred employees, and it is Cork’s largest private employer.

Apple has good reason to be proud, as do McKeon Stone, who supplied the Irish Blue Limestone, and Lane Driveways Ltd., the contractors.  Appropriately enough, Lane Driveways are a local company, based in Cork, and the limestone with which they worked is the most famous of Ireland’s natural stones.  The curved steps, paving, the kerbing and the slabs have been beautifully worked in a range of finishes, and the hard landscaping areas around the huge campus are a tribute to the company, to the supplier and contractor, and, most of all, to this loveliest of Ireland’s natural building materials, Irish Blue Limestone. 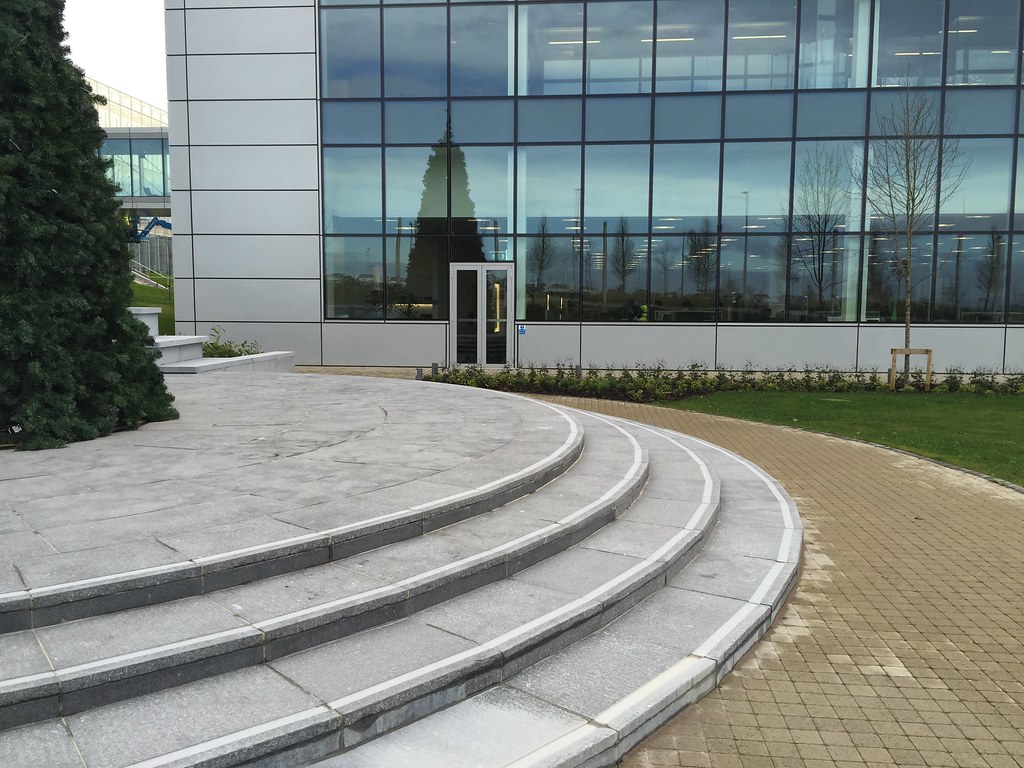