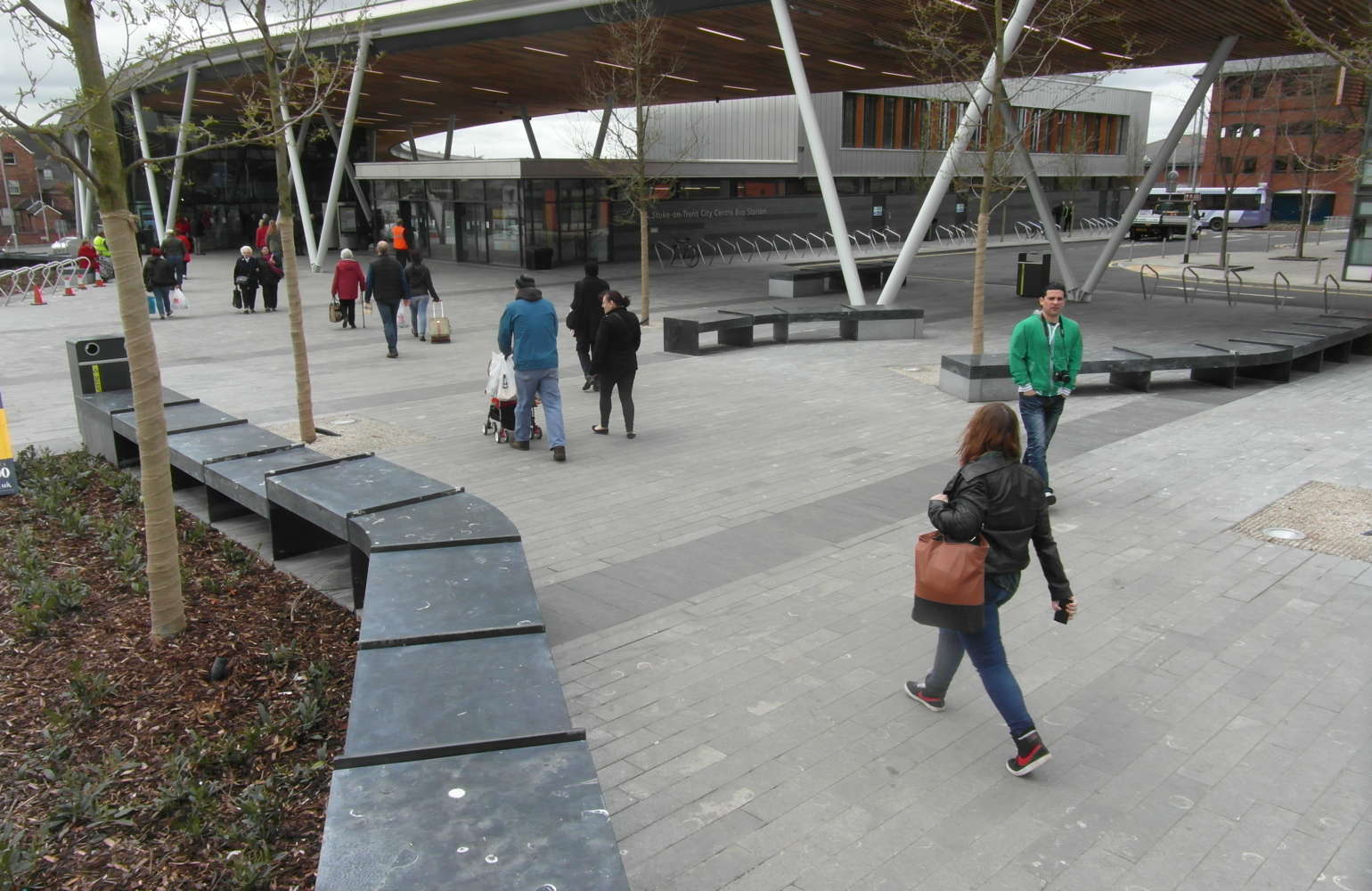 It was a long journey from dereliction and decay to an attractive centre for a vibrant commercial area in an industrial city.

Stoke on Trent has never been seen as a beautiful tourist attraction, but it has a history as one of the success stories of the Industrial Revolution. This is the place known as The Potteries, and all through Stoke on Trent the big brick kilns can still be seen, now crumbling, with buddleia and brambles taking root in the mortar, while the new factories, with modern firing systems, spring up on the outskirts of the city.

But the people of Stoke are tough and resilient, and will not see their city fall into disrepair. Hanley, once a suburb but now enveloped into Stoke itself, has become a successful shopping centre, a place where the big names of retail now vie for space and customers, and those customers come from miles around, many of them to the new, impressive, bus station that marks the heart of the centre.

it took a long time to transform the old 1970’s bus station, once described as ‘a contender for the grimmest building in the Midlands’, into today’s state of the art commuting hub. The ground was unstable, which caused a six-month delay, but at last this first phase of the £350 million scheme was complete, and now Hanley Bus Station can justifiably claim to be one of the finest commercial structures of its kind. There is a sweeping canopy above the concourse, and the passengers and drivers using the station would hardly be aware of the difficulties involved in routing the buses through the sloping site.

The architects responsible for this surprisingly graceful building, Grimshaw, used for the most part materials that resonated with The Potteries. The bus station stands on a plinth constructed of Staffordshire blue brick, and that is just as it should be. However, when it came to the hard landscaping of the pedestrian approaches and the concourse, Irish Blue Limestone was used for the attractive benches and other seating areas, as well as for much of the paving. In this case, the limestone came from Irish Blue Limestone, and the benches have been finished in different ways. There are blocks of highly polished, almost black, stone banded with the paler flamed or sanded finish, beautifully contrasting and shaped into curves; there are slabs of blue stone, with an almost marbled effect, resting on solid blocks; there are conventional benches and imaginative new, but still comfortable, shapes.

Planit-IE and Vinci Construction have used Irish Blue Limestone to its best effect, and in doing so have demonstrated, yet again, the versatility of this durable and lovely natural stone.