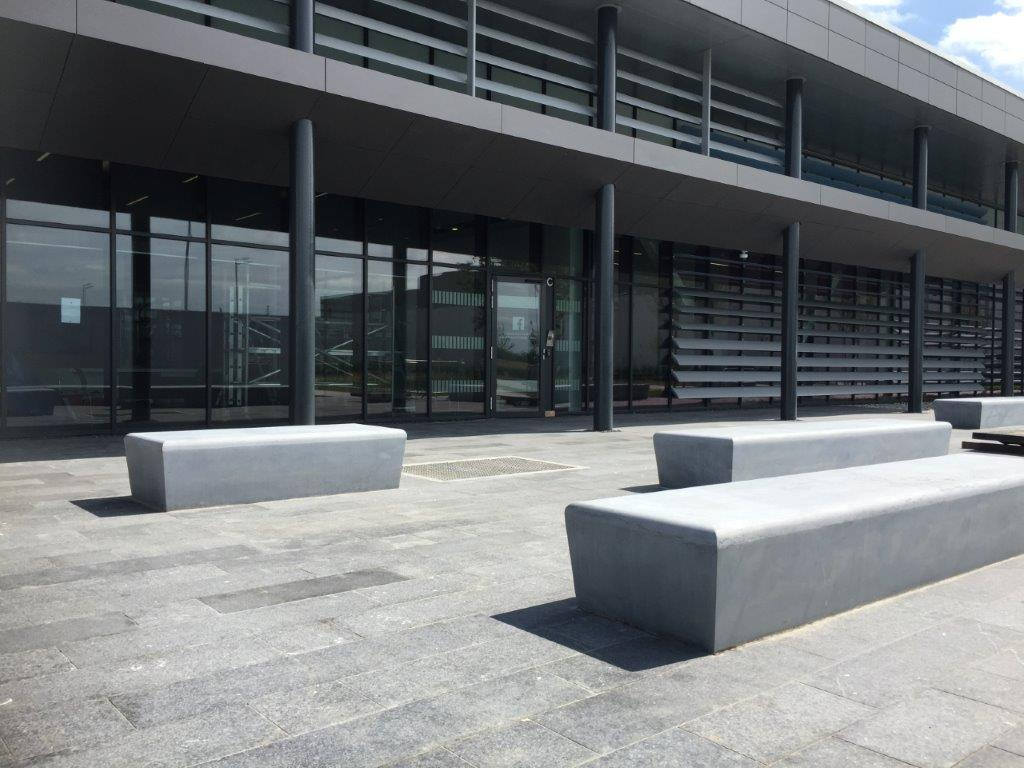 When the social media giant Facebook planned a huge new data processing centre in Clonee, County Meath, the company insisted upon the use of Ireland’s finest natural materials.  Facebook’s stated vision for the project stressed high-quality products, natural materials, and a sustainable approach So, in addition to some of the world’s most sophisticated electronic machines, the data centre, which opened for business in September 2018, features seating constructed from solid Irish Blue Limestone.

Roadbridge, the main engineering contractors for the site, supplied the giant 250-acre Clonee campus with twenty-four outdoor Irish Blue Limestone seats in lengths varying from  1.8 metres to 3.7 metres.  The total weight of stone supplied was 72 tonnes;  the smallest stone seat weighed two tonnes,  the largest twice as much.

Like other modern high-tech companies, Facebook prides itself on employee welfare as well as the sensitive use of local materials.  Both these objectives are achieved in the extensive landscaped recreational area which is central to the new campus, designed by Murray & Associates Landscape Architects.  Facebook has dug out lakes, planted native species of trees and shrubs, and even set up ten beehives, which are tended by members of staff.  Irish Blue Limestone, which is beautiful, durable, and perfectly at home in its native environment, was an obvious choice for the hard landscaping in this setting.

Among the advanced environmental features of the data centre are its energy use, which is entirely from renewable sources such as wind turbines; this is in keeping with Facebook’s international policy aims – it has added 2,500 megawatts of renewable infrastructure including solar, wind and hydro globally in the last year alone and this is increasing all the time. The Clonee campus has a cooling system which uses the surrounding air, featuring a filtration system to remove Irish Sea salt which had to be specially designed.  It is 50% more efficient to run than a standard cooling system; a saving equivalent to the power consumed by 7,000 homes. 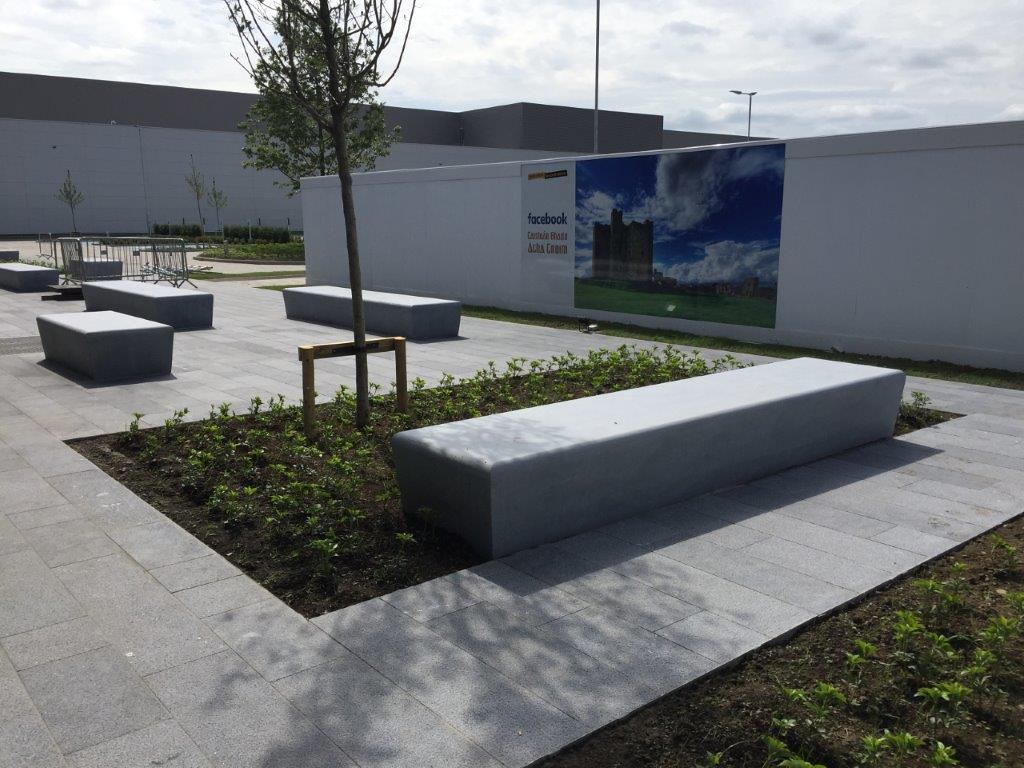