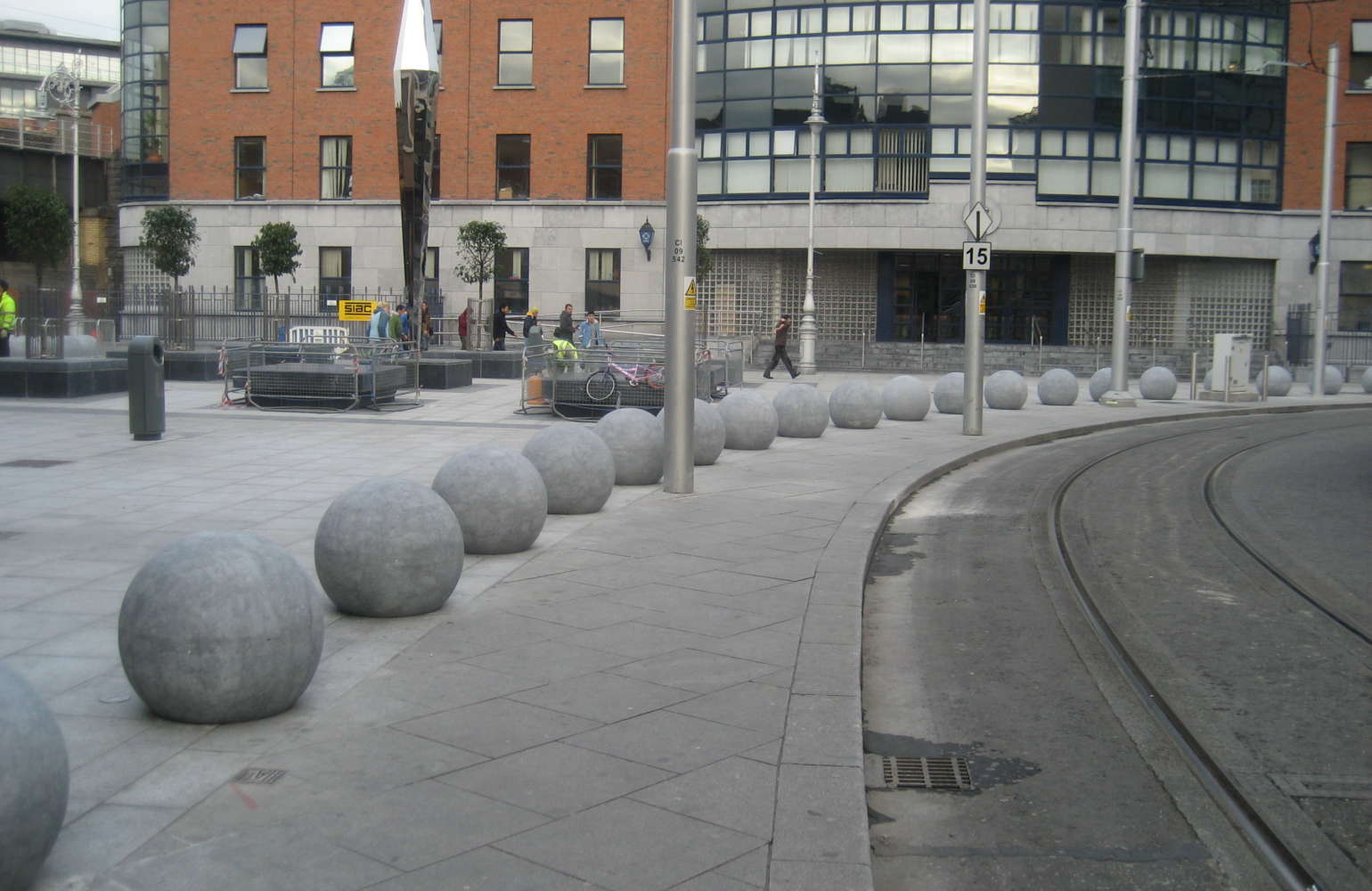 Not so very long ago, an eyesore in the centre of Dublin’s inner city was transformed into a welcoming plaza where visitors and tourists found a safe and attractive introduction to Ireland’s capital city.  It stands in front of the bus station, the Busáras, where both intercity and regional buses bring people from far and near to Dublin, and Connolly Station, Dublin’s busiest train station, is nearby.  The terminal of LUAS, the city’s light rail or tram system, is at Connolly too.

There is, as Charlie Lowe, area manager for Dublin City Council, said at the time, a very high footfall.

No City Council wants visitors to gain, as their first impression of the city, a scene of dereliction and dirt, with litter blowing around parking sites, rusting bicycle stands and a general air of dispirited decay.  Local people were also expressing their discontent, and it was high time that a site so close to the heart of Dublin took on an appearance worthy of its situation.

The plaza is attractively paved in Chinese silver granite, and there is contrasting Irish Blue Limestone seating, there are trees, and there are Irish Blue Limestone spheres around the border.  At night, there are tinted lights.  The centrepiece of the plaza is a sculpture, ‘Scathan’, or ‘Mirror’, made by the renowned Irish sculptor Robert McColgan, which has the appearance of an arrowhead shooting upwards towards the sky, encased in light-reflecting glass panels.

The project was not one of Ireland’s greatest landmarks, but it was necessary, and it needed to tell people seeing Ireland for the first time that Dublin was a city worth visiting, a good place, with its own distinctive character.

It would have been difficult to make this impression without using Ireland’s own natural materials, so the choice of Irish Blue Limestone for the spheres that define the boundary of the Store Street Plaza was an obvious one to make.  Blue limestone is easy to work and to shape, and where the financial aspect of an urban project plays a leading part, this was a factor that needed to be borne in mind.   The smooth sanded spheres, 750 millimetres in diameter, were made larger than usual purposely to assist those with  limited eyesight.

Not all urban regeneration projects make architectural history, nor do they need to do so.  Visitors to this part of Dublin will probably never know what a transformation has taken place here, but the local people will remember, and they will appreciate what has been done, and the materials that were used to do it. 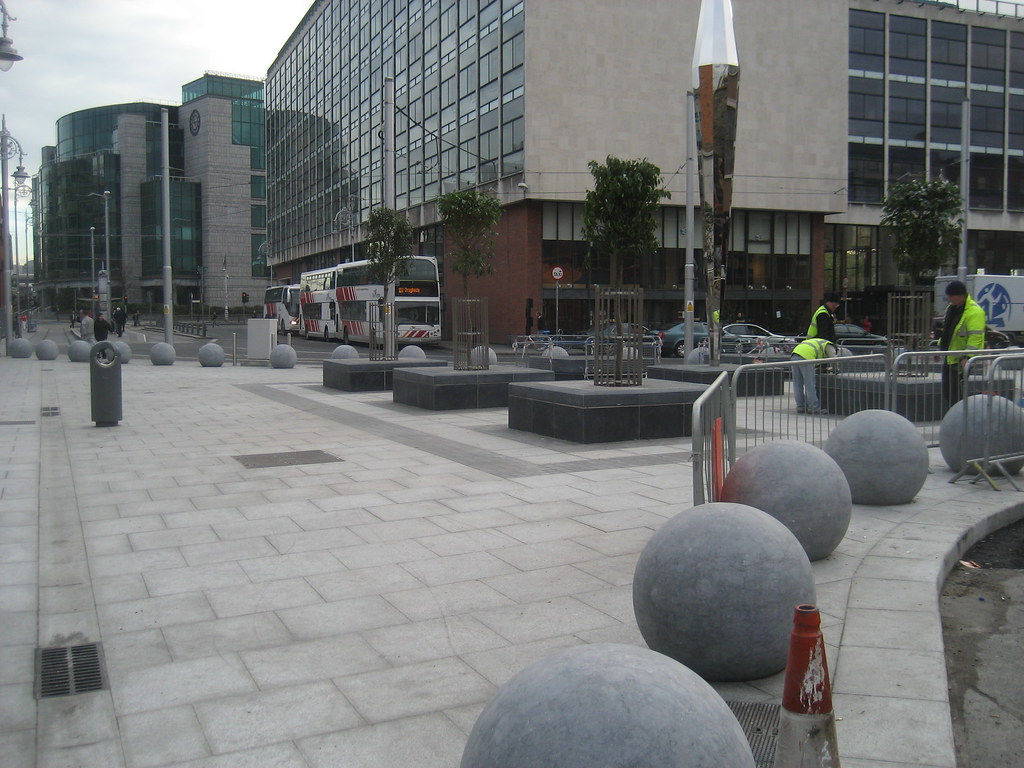