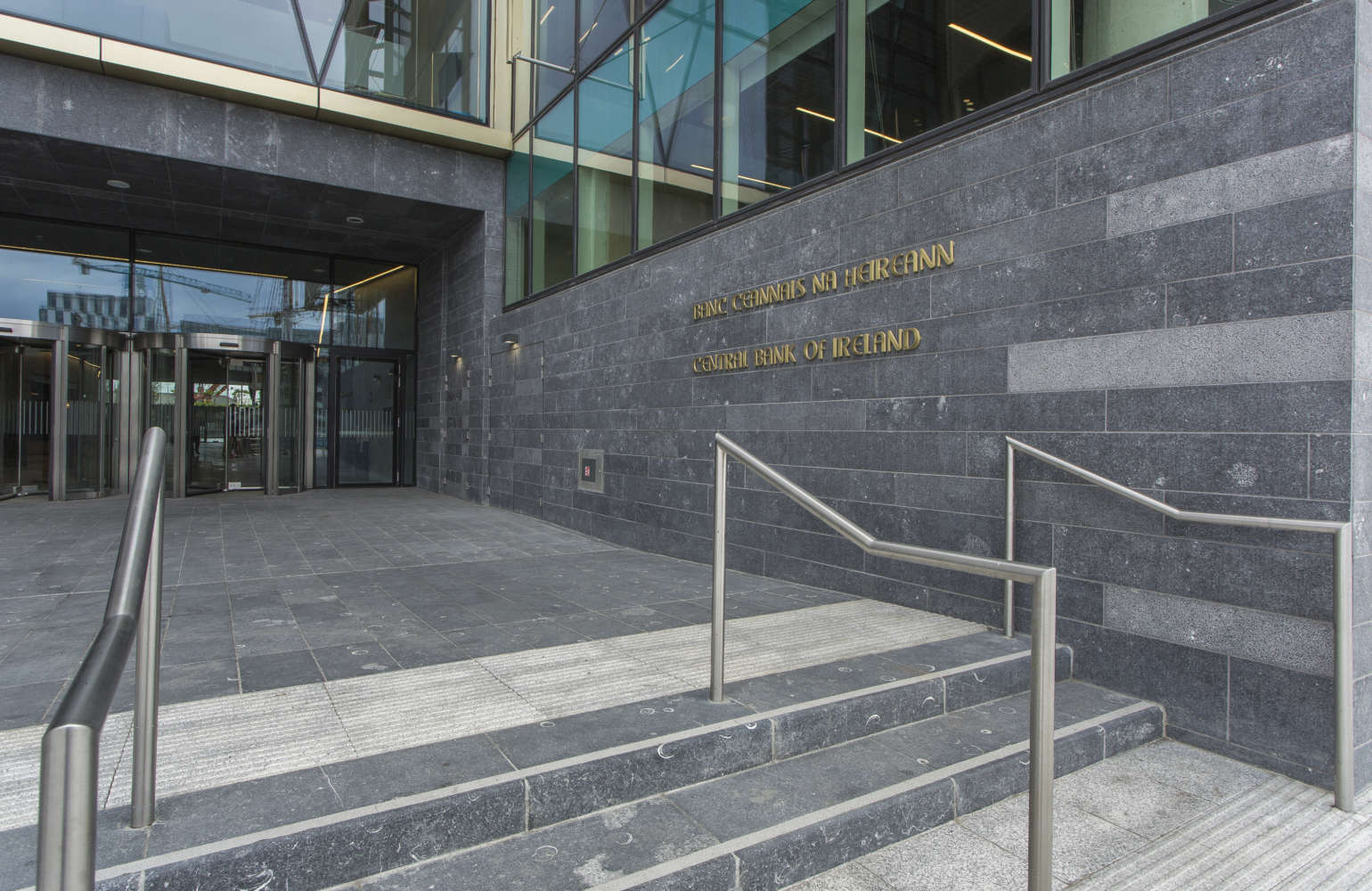 A victim of the global banking crash in 2009, the Anglo Irish Bank’s landmark building on the north bank of the River Liffey in central Dublin stood derelict for nearly six years, an unsightly slab of concrete symbolising much that had gone wrong for banking, for the construction industry, and for Ireland.

It was taken over by the Central Bank of Ireland, and they commissioned local architects Henry J. Lyons to complete the half-finished project, and to make it worthy of its new role as the headquarters of a major bank.  It was to be absolutely modern. BIM (Building Information Modelling)  was to be used throughout the project. It was to be a signpost to a prosperous future, not only for the bank, but for Ireland itself.

North Wall Quay is one of the most prestigious locations in Dublin, and the architects, engineers and project managers wanted the new building to showcase the best that Ireland has to offer, not only in design, but also in materials.  It was, after all, a one hundred and forty million euro project, it had to prove that Ireland was climbing the economic ladder again, and, more than most clients, bankers demand value for money.

They also demanded very high standards indeed, both for the appearance of the building, and for its environmental criteria, and the Central Bank of Ireland was the first office development in Ireland to achieve the ‘outstanding’ rating under the Building Research Establishment Environmental Assessment Method.

Twenty-nine thousand square metres of Irish Blue Limestone was used, largely because natural stone has been proved to carry a smaller carbon footprint than manufactured building materials.  The stone has demonstrated, once again, a range of the finishes that can be achieved, and the effects of those finishes.  Inside, used for cladding, and floor tiles there are contrasting colours of sanded and honed limestone in geometrical patterns.  Outside,  where it is used for paving, walling, cladding and benches, Irish Blue Limestone appears in chiselled, bush-hammered and flamed finishes, some of which show the characteristic fossils for which the lovely natural stone is famed.

It was not a difficult choice.  Irish Blue Limestone has been used for centuries in some of the most famous buildings in Europe, and its reputation for durability and elegance has stood it in good stead, even though, in this most modern of Irish buildings, the shapes into which it has been carved would have struck mediaeval builders as strange and alien.

But this loveliest of Ireland’s natural stone has blended effortlessly into the new design, and once again fulfilled the demands that architects have placed upon it.

The project involved the completion of the existing concrete structure on the North Wall Quay. . The project was delivered using BIM and received a BREAM outstanding rating, the first office development in Ireland to achieve this rating. The completed project stands at over 8 storeys tall and has a total area of approximately 29,000m2, the headquarters were built to the highest energy standards.