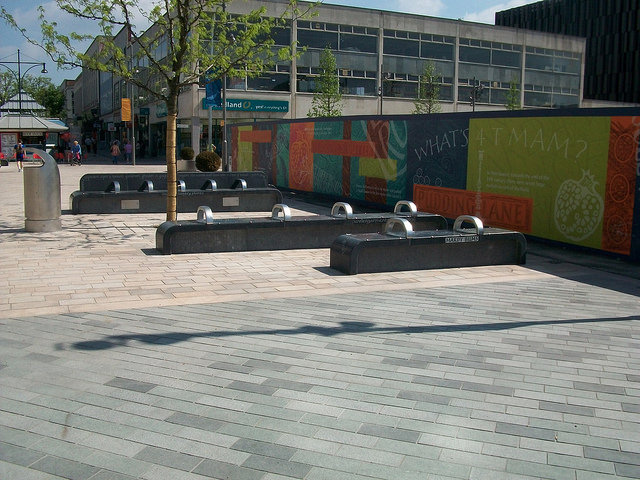 It is not long since town planning seemed to concern itself almost entirely with methods of moving traffic from one place to another with the minimum of delay.  Nothing was to be allowed to stand in the way of the car.

Today, the citizens of some of the greatest cities in Europe are demanding something far more imaginative than Inner Distribution Routes and traffic controlled lights.  People want space, and they want that space to be clean and safe.  They also want to be able to take a pride in their home towns, and they, and their councillors, appreciate the value that visitors bring to their cities, too.

There is an increasing need for attractive public spaces, and in Sheffield some of those public spaces are drawing considerable interest, not just from the people of Sheffield and visiting tourists, but also from artists and poets.  Irish Blue Limestone benches in the city centre are far more than simple seats for those who need to sit and rest for a few minutes.  The lovely dark stone has been carved and decorated, and inscribed with poetry.  Matt Black, once the Derbyshire Poet Laureate, tells of the Sheffield characters Pond Street Norah, Big Ada, Potty Edwards and Long Sammy, and those stories have been hand carved into the dark, polished stone by Pip Hall, who loves Irish Blue Limestone.

“It is a marvellous stone to carve – not too hard on the whole, though it does vary.  The fossils are a joy.  I quite like the smell of it, too!”

Pip Hall is by no means the first master craftswoman to have discovered the merits of Irish Blue Limestone.  Sculptors from all over the world have come to appreciate its unique qualities, beautifully demonstrated in what could have been the prosaic form of public seating in the centre of Sheffield, and what is instead a landmark inner city space designed by hard landscaping specialists CED of Grays in Essex.

The stone may have been chosen primarily for the quality of the contrasts that can be achieved by various finishes.  In Sheffield, the almost black polish on the benches is lifted by the sand blasted and hand chiselled lettering and illustrations that are blue grey in colour, and this is much admired.  However, there are other very good reasons for choosing natural stone, and these too played a part in the decision to use Irish Blue Limestone.

The carbon footprint of locally produced stone is considerably smaller than that of artificial materials.  Many reports from highly reputable research bodies demonstrate the environmentally friendly nature of natural building stone.  Historic Scotland commissioned a report entitled “Embodied Carbon in Natural Building Stone in Scotland” a report that did not limit its findings to Scottish stone alone; the University of Bath has produced an inventory of Carbon and Energy (ICE) survey, and the Building Research Establishment offers a Green Guide.  All support natural stone as an environmentally friendly building material.

Sheffield has recognised the benefits of natural stone, and has chosen one of the best in the world; Irish Blue Limestone. 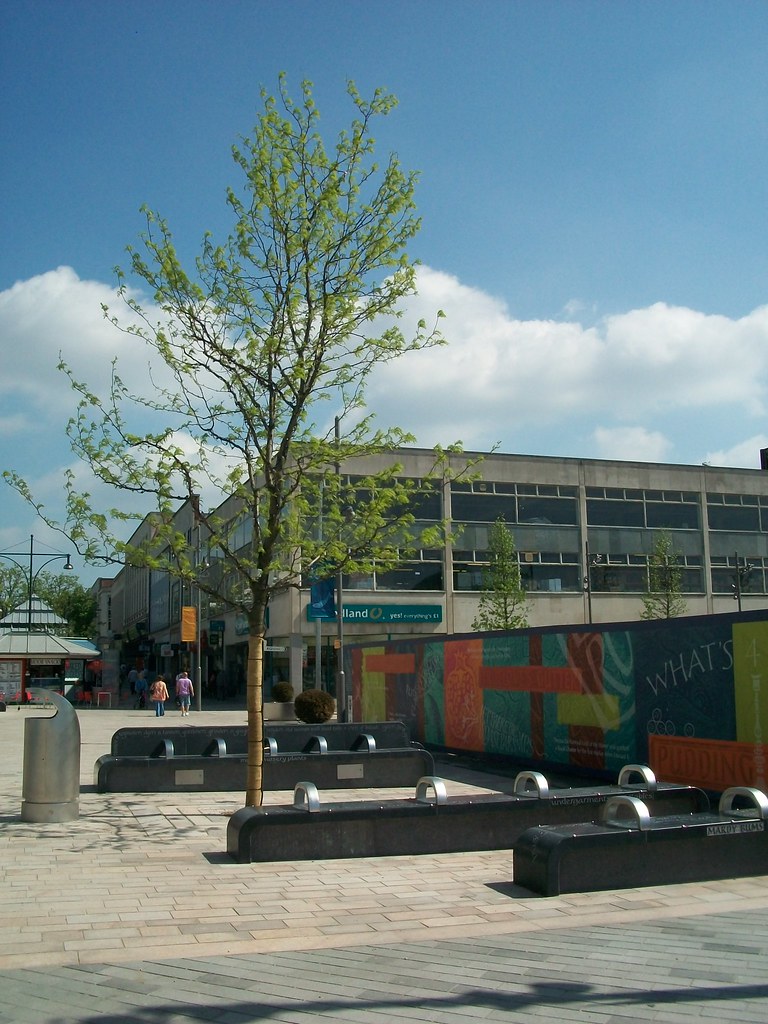