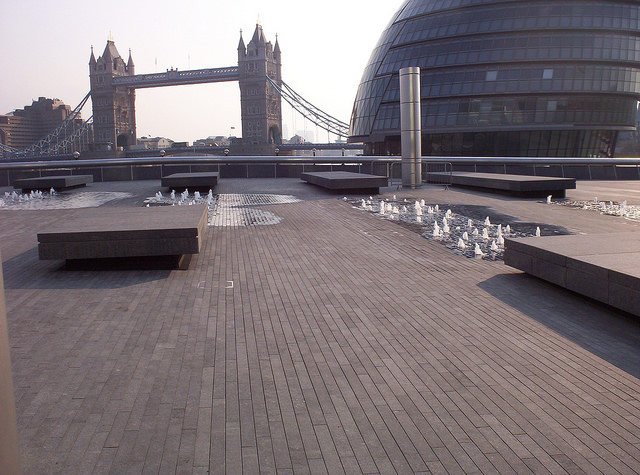 London is the largest capital city in Western Europe, very possibly the oldest, and almost certainly the most important.  There has always been a settlement on the mouth of the River Thames, and over the centuries it has grown, inching along the waterway and extending to the north and the south.

It is always changing.

The most recent major development in London is taking place in Southwark.  A thirteen-acre site that includes not only the new City Hall, which houses the debating chamber for the London Assembly and the offices of the mayor and staff of the Greater London Authority, but also office blocks, shops, restaurants and cafés, has been designed by the world-famous architects Foster and Partners.

Alongside these buildings, there is a spectacular open public space, including “The Scoop”, a sunken amphitheatre, as well as sculptures and fountains, which has been developed in one of the largest regeneration projects the city has ever seen.

This public space was designed by Townshend Landscape Architects, a company with considerable experience in this field, and they in their turn looked for the best in materials when their imaginative designs took shape on the south bank of the Thames.

Irish Blue Limestone was their choice and over thirty thousand square metres of Flamed Limestone were laid.

The additional costs involved in shipping the stone from Kilkenny to London was not, in the end, a deterrent.  Value for money certainly came into the equation, but Irish Blue Limestone is famed for its durability, the ease with which it can be worked, and the wide range of finishes that can be applied, allowing those who use it to choose from the almost translucent black of the stone when it has been polished, where the reflective properties of the embedded oyster fossils give an impression of depth, to the pale blue-grey matt finish of the sanded or hammered style.

The finish of the paving slabs in the More London development had to take public safety into account, and these slabs have a  flamed non-slip surface.

The water features in the public spaces allowed the designers more rein for their imagination, and here The Fountain Workshop, given the responsibility for this part of the design, used Kilkenny Blue Limestone for “The Water Benches”, four monolithic blocks at the gateway to the development.  The water flows gently over the smooth stone, sliding down through a slot in the paving, and those who watch this lovely feature often trail their fingers through the water, and explore the surface of the stone as they do so.

London is not the only city that has been forced to take account of environmental concerns, and the ‘carbon footprint’ of the materials it uses.  Natural stone has been proved, by several reputable research organisations, to be the most environmentally friendly building material available, and this factor too would have been taken into consideration in the choice of Irish Blue Limestone.

The public spaces in the More London development are attracting widespread interest and admiration, and the lovely stone that was used has, once again, enhanced the experience of those who enjoy it, both the estimated twenty thousand people who work in More London, and the hundreds of thousands of visitors who will pass through on their way to other famous sites, and who will, perhaps, pause for a while, to look, to consider, and to admire. 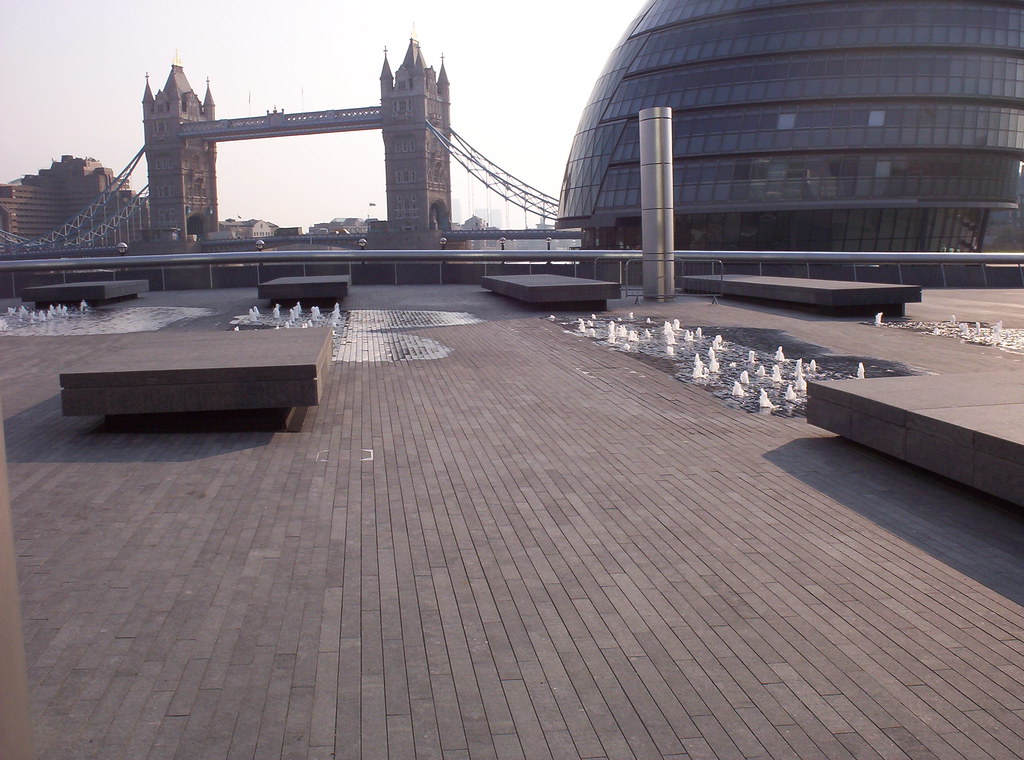