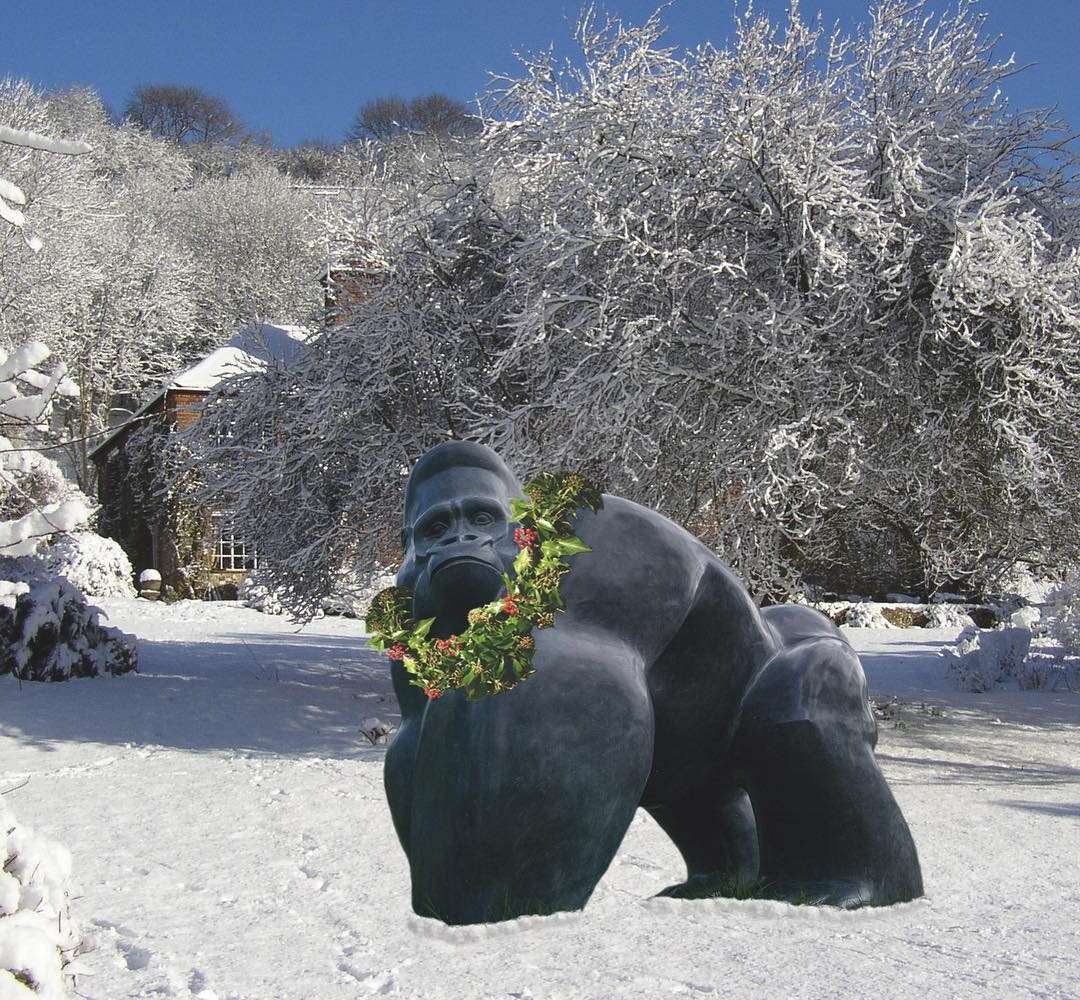 Christmas is a celebration for everybody,  and joining in the festive spirit this year is this silverback gorilla, carved by Michael Cooper, and now wearing a special wreath.Michael Cooper choice of McKeon’s Kilkenny Blue Limestone for this major piece reflects his interest in the way that the material forms a relationship with the subject matter.   “As I carved a block of stone, it became possible to harmonise with the material and work in partnership with it rather than in conflict.”   The stone and the form of the sculpture seem to invite the viewer to touch and stroke the animal.  The gorilla’s calm gaze and dignified demeanour are enhanced, rather than diminished, by his seasonal decoration on this occasion.

Michael Cooper, who was born and brought up in the west of Ireland, first exhibited in 1974.  His work is sometimes abstract, or depicting the human form, but he is best known for his animal sculptures, which are on display in Britain (where he now lives) as well as Ireland and other parts of the world.  He is one of many sculptors who has been drawn to Kilkenny Blue Limestone by its fine grain, rich colour, and tactile quality.  He is often commissioned to work on the large figures for which McKeon’s massive blocks are an ideal medium.  His other work in McKeon Limestone includes a polar bear, which might also be looking at home in a snowy scene such as this one!

More animal sculptures in McKeon Stone, by many other distinguished artists, can be found here; 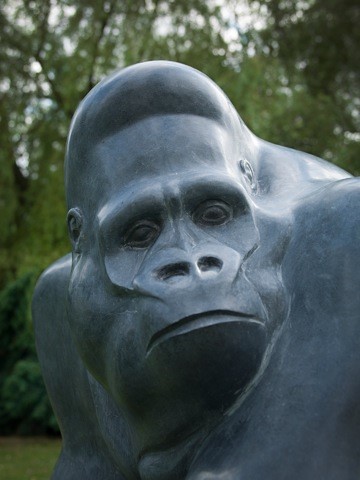 There is an obvious affinity between Kilkenny Blue limestone, the most natural of materials, and sculptural representations of natural forms; this is why so many artists have chosen to work with McKeon Stone.