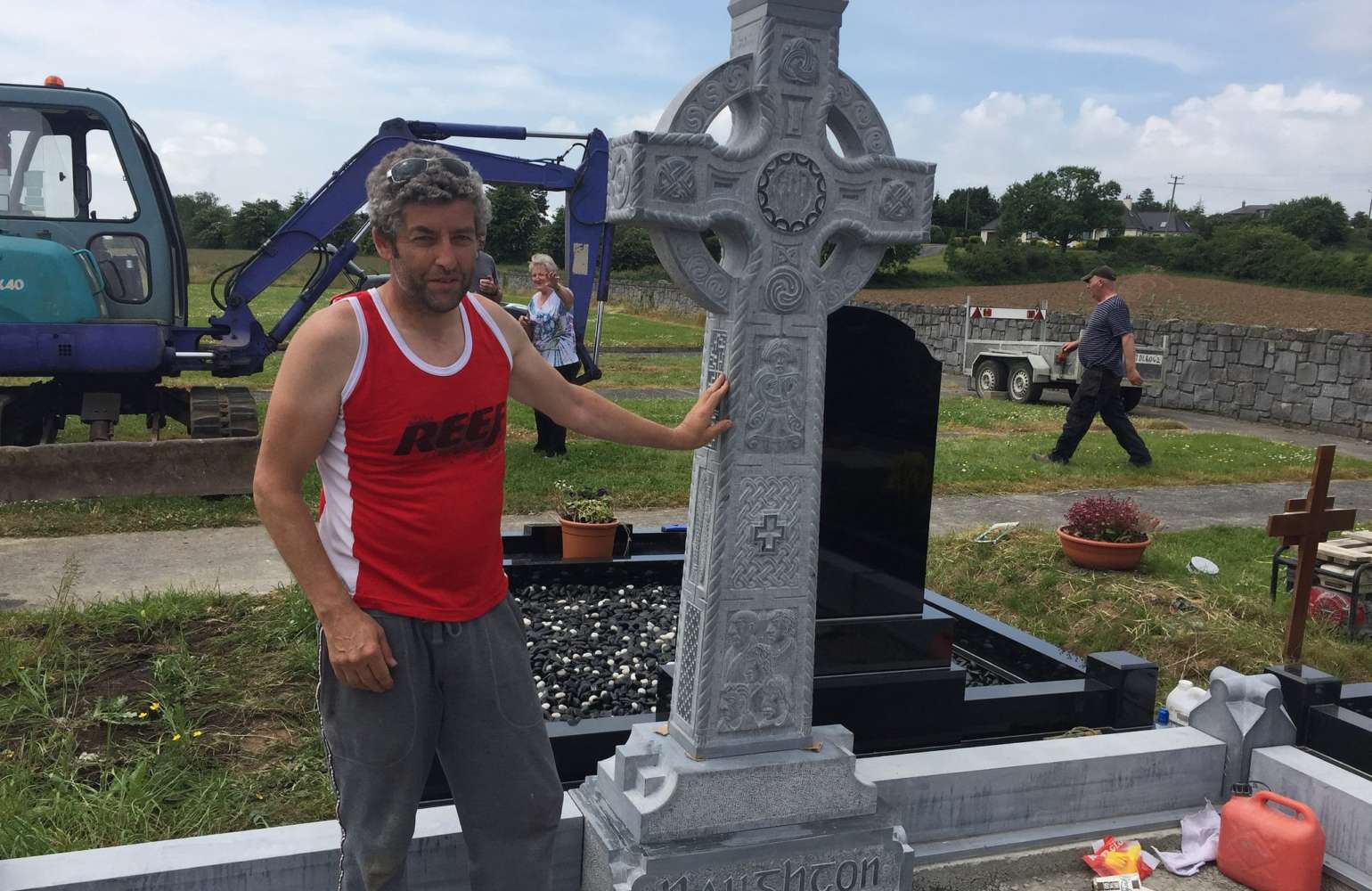 Brendan Mc Gloin is a self-taught sculptor with a penchant for surfing (when he’s not carving masterpieces, that is) who has been working with stone for the past 25 years.  Brendan originally qualified as a Graphic Designer but got hooked on carving stone in Bristol, followed by several years in Australia and New Zealand, working with the Australian Board of Works in Sydney, where he made a valuable contribution to restoration projects such as St. Mary’s Cathedral, Sydney Museum and the Land and Titles building.

Brendan returned to Ireland in response to the roar of the Celtic Tiger and was soon in hot demand to use his skills in carving headstones in Donegal and public sculptures that adorn the local environment.

Each face of this breathtaking piece of sculpture, which has now been erected in Kiltoom, Co. Roscommon, features detailed carvings which include rope work edgings, Celtic Knot Work, a repeating pattern, a repeating cross design and even a pair of mackerel, some of which were inspired from the Book of Kells.

We’ve included a short video of Brendan at work on the recreation of a 9th Century High Cross which was filmed for RTE’s Nationwide programme so that you can enjoy watching his skills for yourself.  You can also follow Brendan on Facebook where he showcases his sculptures on a regular basis. 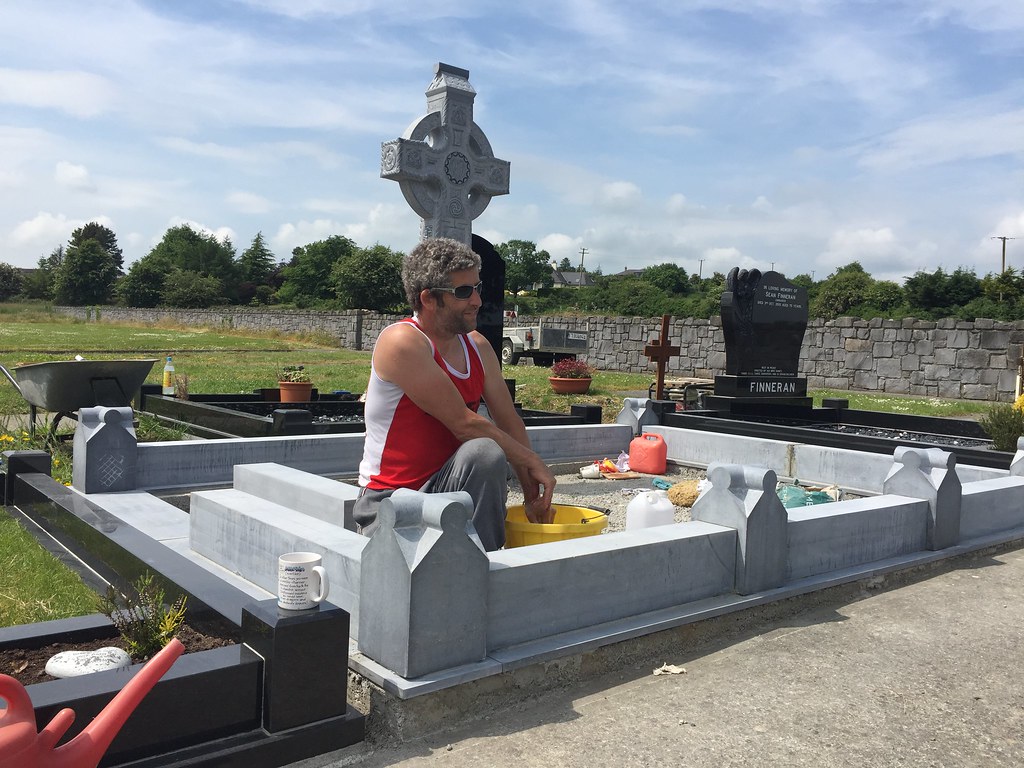