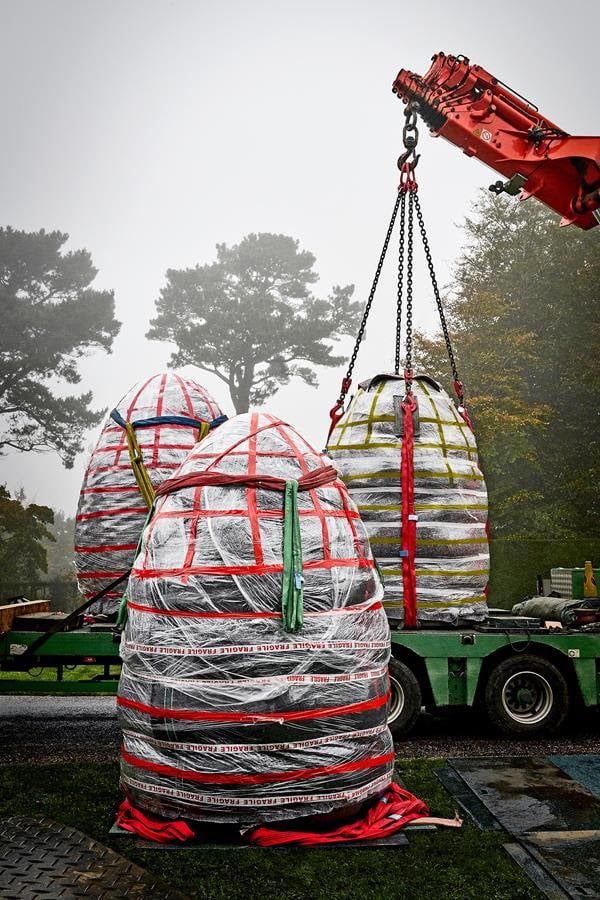 Limestone Variations on a Natural Theme

McKeon’s Kilkenny Blue Limestone has been used by sculptor Peter Randall-Page to create three massive works representing geometric forms of the kind which frequently occur in the natural world. They are currently on public display at Castle Drogo, near Drewsteignton in Devon, England.

Weighing about thirteen tonnes each, the sculptures stand 2.5 metres tall. They reflect Peter Randall-Page’s lifelong interest in the way that nature follows mathematical principles as the shapes of living things evolve over millions of years. Fructus, looking rather like a giant raspberry, shows the growth patterns typical of ripening fruit, and the way that the skin pulls taut over the fleshy interior. More resembling a pine cone, Phyllotaxus demonstrates the sophisticated mathematical construction of plant forms such as seed heads, which often follow the numerical pattern known as the Fibonacci sequence. Corpus is more animal than vegetable; the viewer is reminded of a brain, an embryo, or perhaps a coiled snake.

A Harmonious Pairing of Subject and Natural Material

Kilkenny Blue Limestone, which was formed by layers of sediment over millions of years and incorporates the fossilised remains of billions of tiny plants and animals, is a natural partner to Peter Randall-Page’s sculptural inspiration. The size of these works makes a real impact on the viewer; the huge stones required a large crane to move them into their final position. 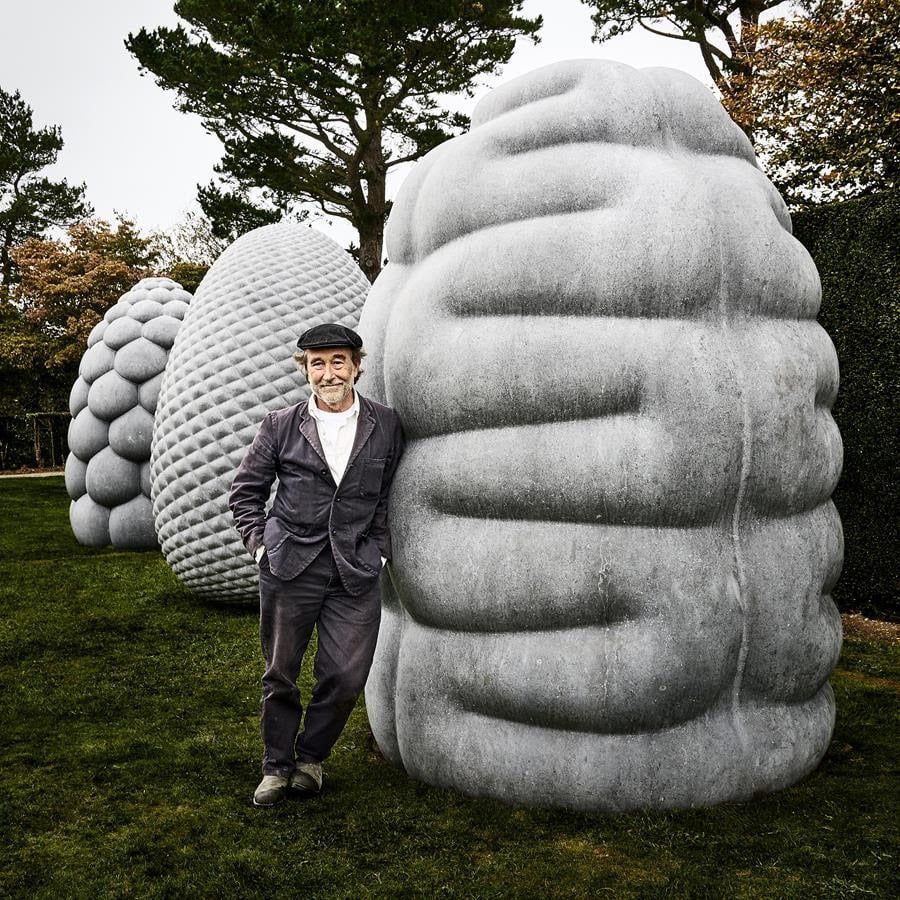 Based in the south west of England, Peter Randall-Page has exhibited his sculpture in many locations across the world, including the British Embassy in Dublin. His interest in natural forms shows through in all his work, of which a well-known example is the celebrated ‘Seed’, a huge granite piece created for the Eden Project in Cornwall. Peter has received many awards, and was elected to the British Royal Academy of Arts in 2015. He expresses his guiding principle in this way: “Geometry is the theme on which nature plays her infinite variations, fundamental mathematical principles become a kind of pattern book from which nature constructs the most complex and sophisticated structures.”