Artist Paul D’Arcy has used Kilkenny Blue Limestone in the creation of two new works depicting Thomas Ashe, the republican and hero of the 1916 Easter Rising. 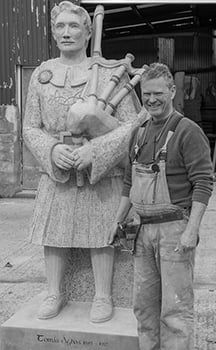 September 2017 marks the centenary of the death of Thomas Ashe following his hunger strike in Mountjoy Prison. Paul D’Arcy was commissioned to mark the occasion with two new works; a bust to be sited near Thomas Ashe’s childhood home, and a full-height statue for the town in which he spent much of his adult life.

On September 23rd the Mayor of South Kerry, Seamus Cosaí Macerals, unveiled the bust at a ceremony in Kinard, near Thomas Ashe’s birthplace. The event was attended by many of Ashe’s surviving relatives. The ceremony for the standing statue was performed by the Mayor of Fingal, Cllr Mary McCamley, and took place on September 30th at Lusk, near Dublin, where Ashe served as Principle of the Corduff National School. This too was attended by Ashe’s relatives and attracted a large crowd.

The sculptor of both works, Paul D’Arcy, lives in Skerries, where his sculpture ‘Embracing Seals’ is a well-loved local feature. Having grown up in Lusk and with family connections near Thomas Ashe’s birthplace in Dingle, he developed a life-long interest in the Irish patriot. Feeling that Ashe was insufficiently remembered, he organised the necessary finance for the Lusk statue through private sponsors and a crowd-funding project, together with support from Fingal County Council. Wanting to acknowledge Ashe’s cultural activities as well as his military achievements, he depicted him as a member of the award-winning Black Raven Pipe Band, of which Ashe was the founder.

Born in 1885, Thomas Ashe was the seventh of ten children. His father was a well-known Irish scholar, and Thomas grew up speaking both English and Irish. He trained as a teacher and began his career in Lusk, where he was active in community life, with interests in Gaelic sports, music and literature. He joined the Irish Volunteers in November 1913, and was commandant of 5th battalion of the Dublin brigade during the Easter Rising. He died in September 1917 from injuries sustained during forcible feeding whilst on hunger strike at Mountjoy Prison. Over thirty thousand mourners attended his funeral. 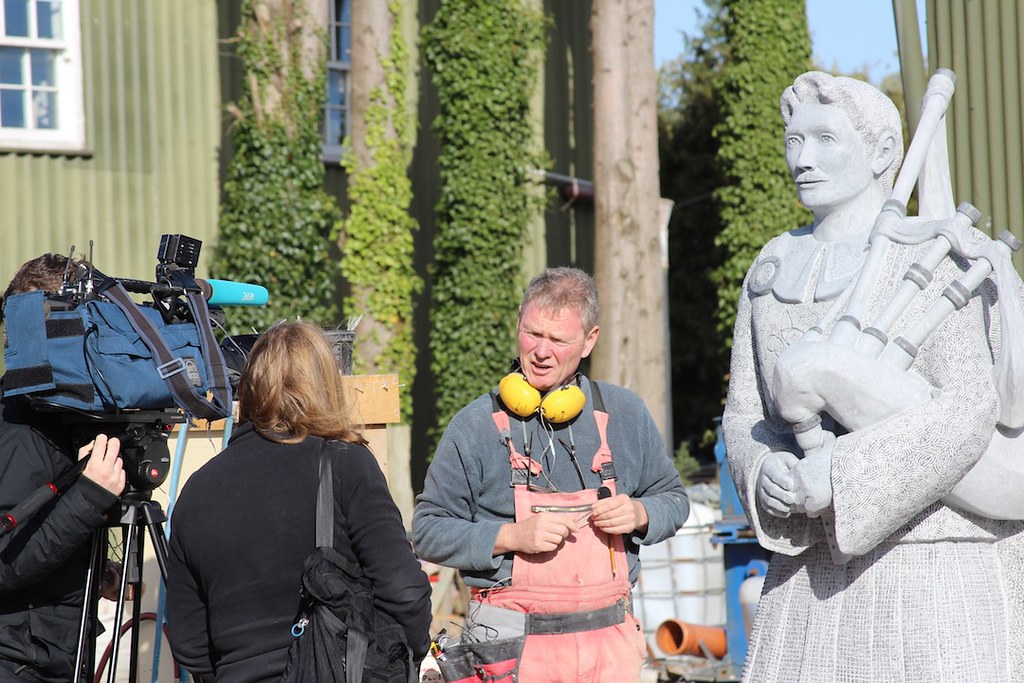