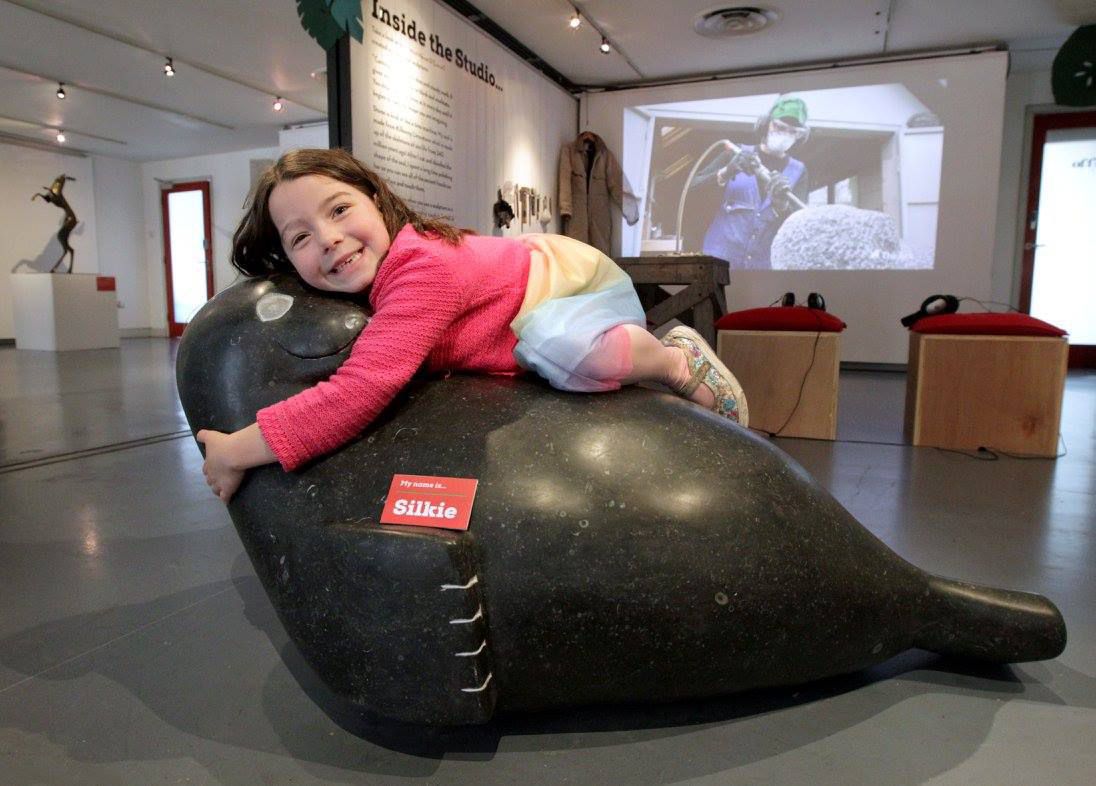 Sculptor Helen O’Connell has used McKeon’s Kilkenny Blue Limestone to create a sculpture representing a basking seal. The seal, called ‘Silkie’, is on show at Dublin’s unique Cultural Centre for Children, The Ark in Temple Bar.

For twenty-one years, The Ark has been commissioning animal artworks from some of Ireland’s leading sculptors. Helen O’Connell’s seal joined these animals in an exhibition called ‘Beautiful Beasts’, which had previously toured Ireland before returning to a special show in Dublin.

Named in a Competition

Silkie, who weighs half a tonne, was given her name as the result of a competition which was won by Síofra McGarr, aged 6, from Dublin. (Traditionally, in ancient Celtic folklore, ‘selkies’ or ‘silkies’ were half-human seal-maidens.)

Like the other pieces in the Beautiful Beasts exhibition, Helen O’Connell’s sculpture was designed to be experienced at close quarters. Children are encouraged to stroke the seal, which is posed as if enjoying the sun on a seaside boulder. The rounded form of a seal makes it a particularly appropriate shape for this tactile approach, and the smooth texture of limestone creates an inviting surface. Helen O’Connell was careful to carve the seal without any small projections which could have caused problems when handled. The Sculptor visited the McKeon Threecastles Quarry in person to oversee the cutting of the limestone block from which Silkie was carved.

It seems particularly appropriate that this seal sculpture should have been carved from limestone, a sedimentary rock formed of the compressed remains of tiny marine animals living millions of years ago in a warm sea which then covered the area where County Kilkenny is now. The stone is a favourite of Helen O’Connell. This artist is also showing her work in a solo exhibition at the Mermaid Arts Centre in Bray, County Wicklow during Autumn 2017.