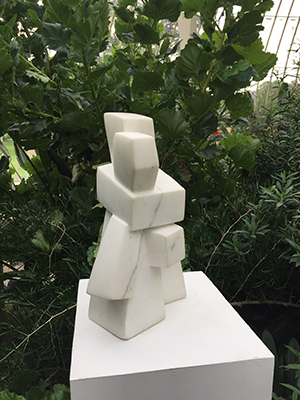 Over €2,200 in prize money was awarded to the winners of this year’s Sculpture in Context in the National Botanic Gardens sponsored by McKeon Stone.

This annual event, established in 1985, is Ireland’s biggest outdoor exhibition of sculpture. This year it runs until Friday October 20th in the beautiful setting of the National Botanic Gardens in Glasnevin, Dublin, which have hosted the exhibition since 2002. Some of the indoor spaces at the Gardens, such as the Great Palm House, are also used as gallery spaces. The intention is that the works of art will not all be large and obvious at first sight; visitors may come across them in unexpected places, the pleasure of discovery adding to the enjoyment of the pieces.

A Showcase for Artists

Sculpture in Context features an eclectic mix of over a hundred artists from Ireland and the rest of the world, including both newcomers and sculptors who have been well-known for many years. Invitations to exhibit are extended to sculptors working in a wide variety of styles and media, and applications are open to everyone.

Valuable prizes are presented to exhibitors at the Sculpture in Context event. The New Ireland Assurance Sculpture Award, for example, is a substantial money prize awarded for a large outdoor work. The Zozimus Purchase Award is awarded for ‘a work of distinction in any medium’. Members of the public visiting the show can also vote for a prize awarded to the most popular exhibit.

Founded over two hundred years ago, the National Botanic Gardens are a haven of green tranquility only three kilometres from the centre of Dublin. They have a scientific and educational purpose as well as offering opportunities for recreation; there is a DNA research laboratory, and a huge collection of dried plants in the Herbarium. The Gardens are open to the public, free of charge, throughout the year except for Christmas Day. 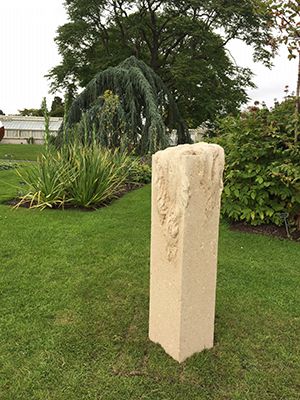 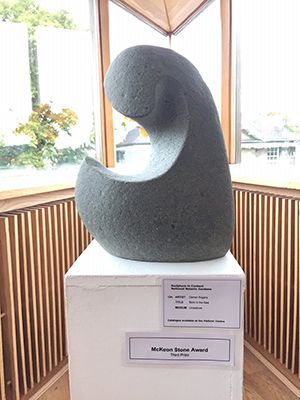 Third prize of €500 went to Dublin based Sculptor Darren Rogers for his “Born in the sea ” piece of Irish Granite.