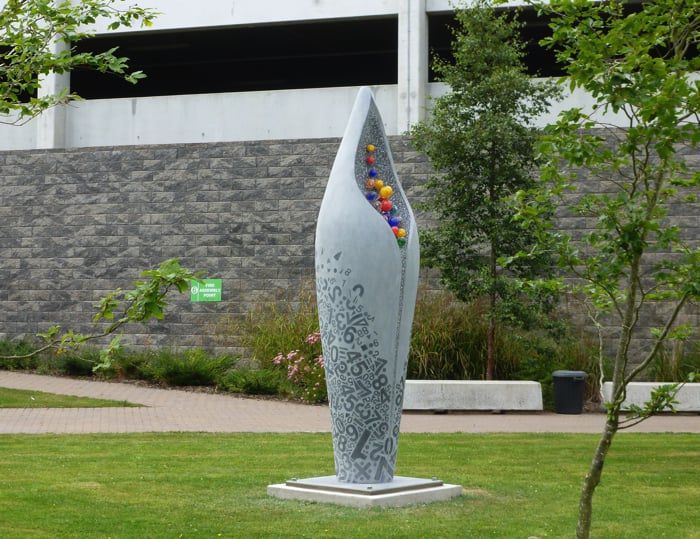 Alan Counihan’s work was created at the McKeon limestone quarry at Three Castles and their fabrication workshop at Brockley Park, Stradbally, County Laois. Assisted by fellow sculptor Ruairi Carroll, Alan created two large limestone seed heads, from which emerge multi-coloured glass shapes representing seeds. The glass was the work of Jerpoint Glass of Glenmore, County Kilkenny. The work reflects the natural world and the process of germination and growth. It also refers to the college’s role in education and discovery, as the surface of each of the two sculptures is inscribed with patterns referring to learning; numeracy on one, literacy on the other.

Creagh College is a co-educational, multi-denominational college which moved into a new, purpose-built campus in April 2104. The two sculptures occupy prominent positions on either side of the entrance atrium. The glass seeds appear to spill out from the stone, reflecting light across the entrance. The artist’s aim was to create a ‘powerful and playful’ work; its impact is reinforced by a short film made by the artist reflecting the growth theme, and by artworks created within the college. 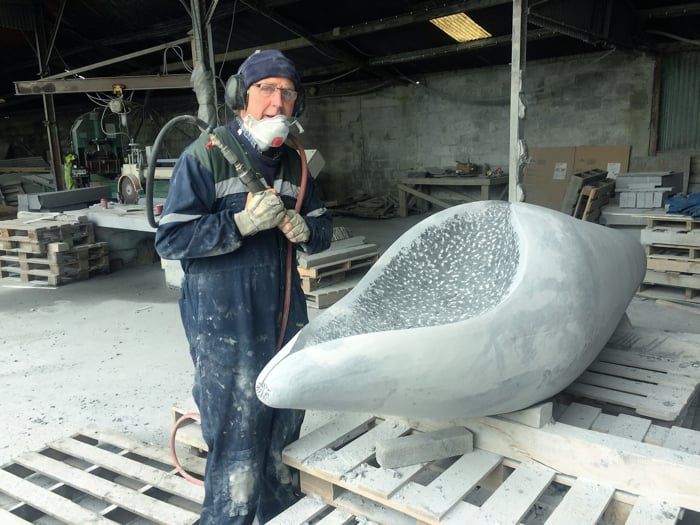 Alan Counihan has been creating artworks both in Ireland and the United States, where he lived for a time, for over twenty years. Much of his work has been in the form of outdoor stone sculpture, of which he says ‘.my field of engagement still lies in the human need to imbue landscape with meaning’. He thanked the staff at McKeon Stone for their generosity and patience during the creation of Seeds of Wonder, saying ‘I would not have managed it so effectively without that’. 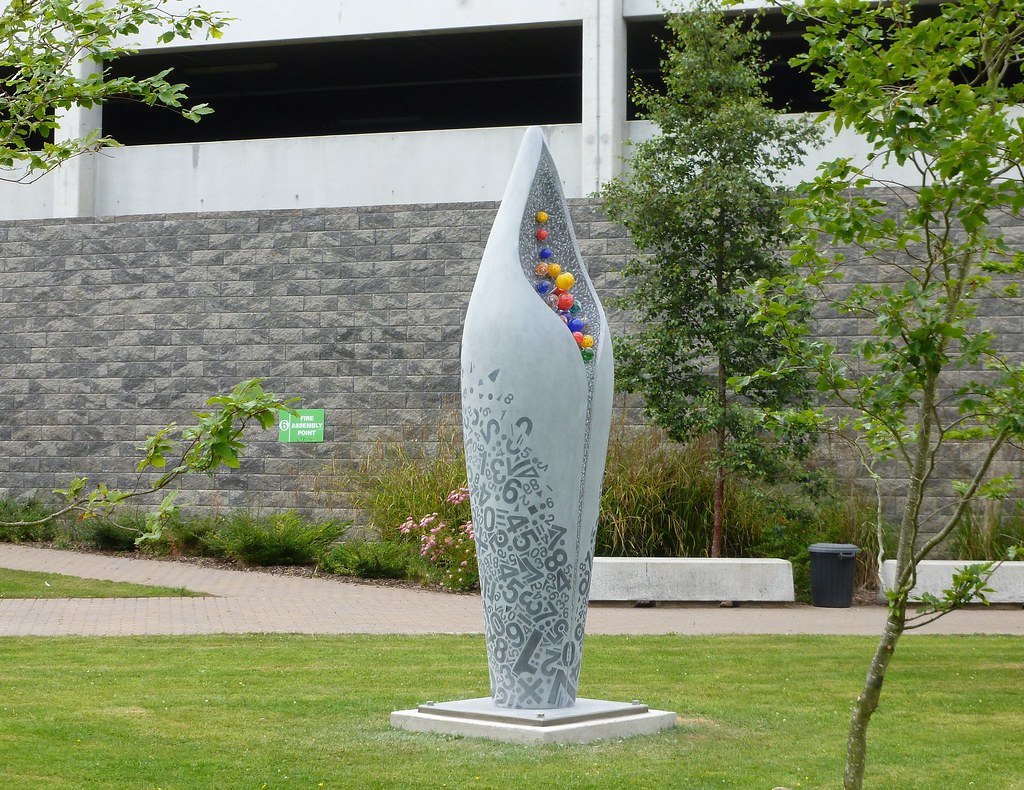