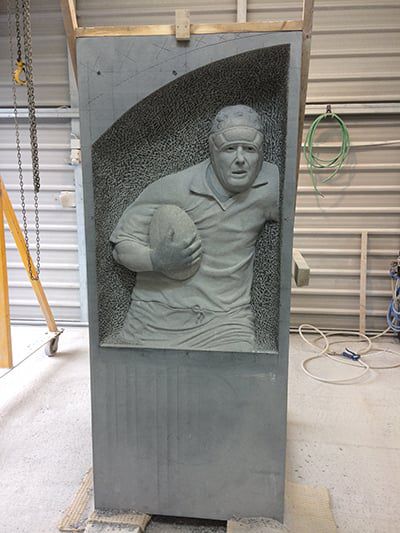 The Kilkenny Blue limestone monument which was recently unveiled at Clancy Strand in Limerick City is a fitting tribute to one of Munster and Ireland’s greatest rugby heroes.

In October 2016, Anthony Foley, Munster rugby’s head coach, died in his sleep at the hotel in Paris where he was staying with the squad before a European championship match. His death at the tragically early age of 42 came as a shock both to rugby fans and to the wider community.

The monument, which was carved from limestone supplied by McKeon Stone, was erected by Irish Natural Stone of Bouleevin, Boston in County Clare. Standing two metres tall, it depicts Anthony Foley charging forward with the ball in a typical pose from his playing days, and is located at Clancy Strand on the banks of the River Shannon in Limerick City. The monument was unveiled by the Mayor of Limerick, Kieran O’Hanlon, in a small ceremony attended by Foley’s family with some of his close friends and colleagues. The Mayor said in his speech: “Every rugby fan had their own special relationship with Anthony because he was that modest, everyday type of guy who just happened to be one of our greatest and most celebrated rugby stars”.

An Everyday Type of Guy

Anthony Foley took his nickname ‘Axel’ from the Eddie Murphy character in the Beverley Hills Cop films. He played as a back-row forward for Shannon rugby club for fifteen seasons, appearing for Munster in 202 games and leading them to victory in the 2005–06 Heineken Cup. With 23 tries, he holds the record for Munster’s highest try scorer in European competition. He was capped 62 times for Ireland in the ten years following 1995, scoring three tries, including one at his first international match. He captained Ireland on five occasions. Following his retirement from playing he became Munster’s head coach. The ‘Anthony Foley Memorial Trophy‘, recently won by Owen Farrell of Saracens, will in future be awarded to all European Player of the Year winners, in recognition of Anthony Foley’s contribution to European rugby. 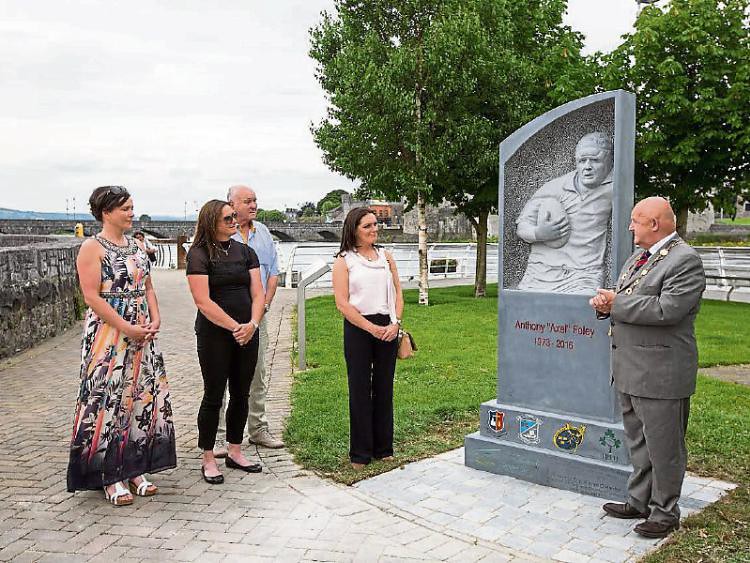