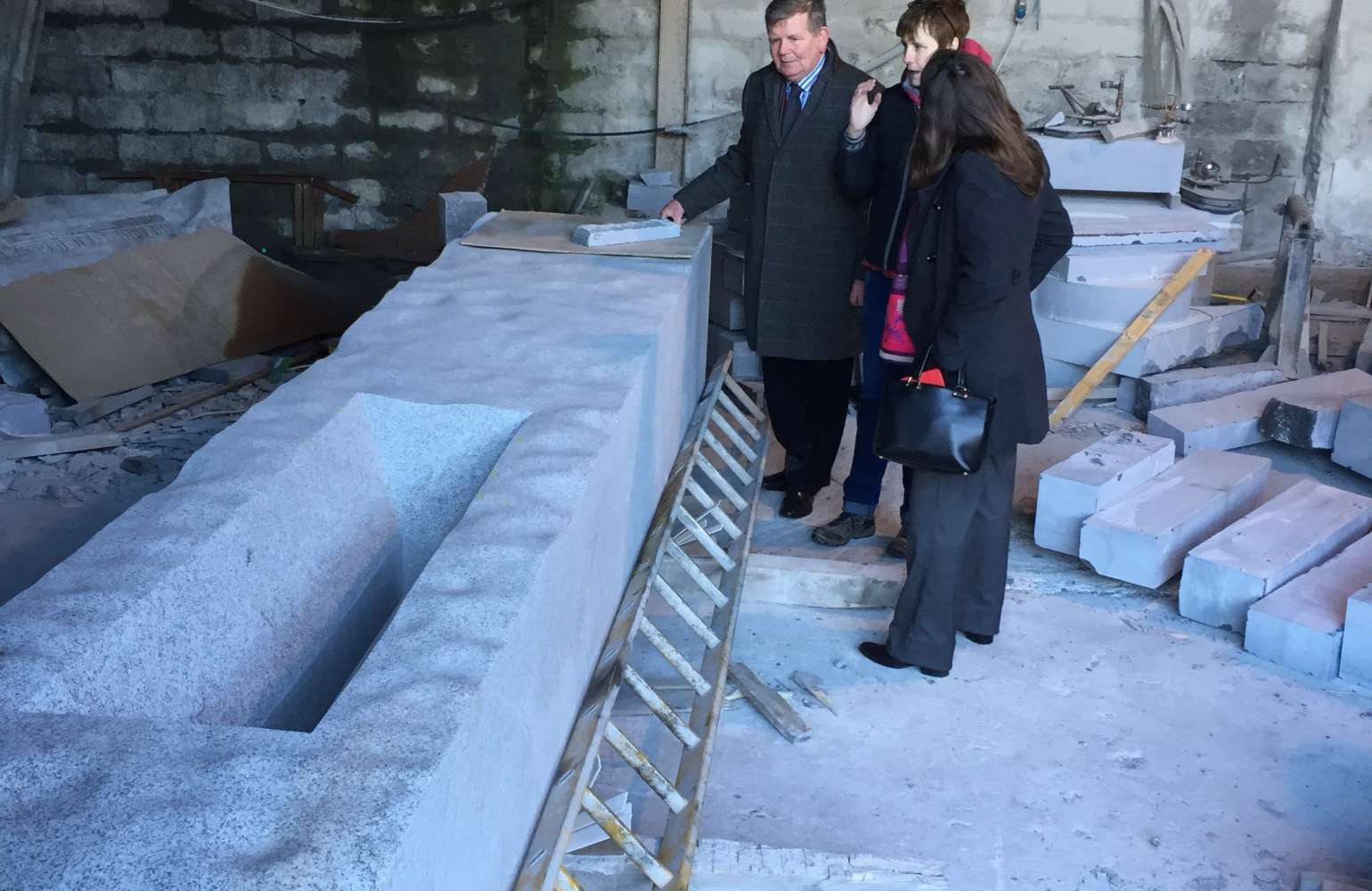 A sculpture dedicated to the Irish playwright Samuel Beckett was recently completed at the McKeon workshop in Stradbally, County Laois by sculptor Eileen MacDonagh. 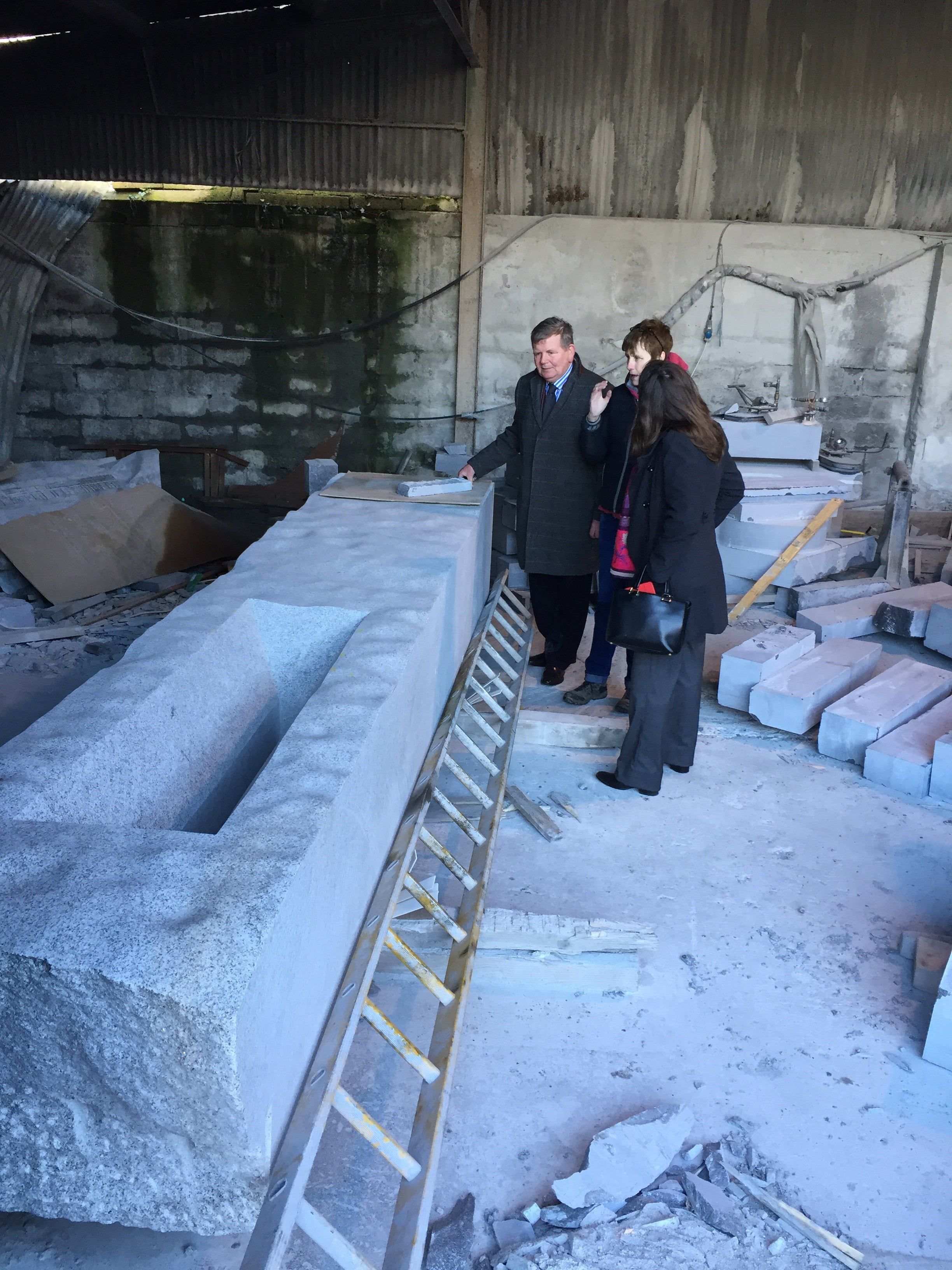 The sculpture, a 4.2m block of granite was quarried at Grannabeg, Co Wicklow by Ryan Stone, Blessington. Around the base of the sculpture is a circular inscription milled into a plate of corten steel, the famous last line of Samuel Beckett’s 1953 novel ‘The Unnamable ‘: “You must go on. I can’t go on. I’ll go on.”

Born in Foxrock, County Dublin, in 1906, Samuel Beckett was an author and playwright, probably most famous for avant-garde plays such as ‘Waiting for Godot’. ‘The Unnamable ‘, from which the statue’s inscription is taken, is the third in a trilogy of novels which were originally published in French. Beckett was awarded the Nobel Prize for Literature, but declined the invitation to Stockholm to attend the ceremony. His reclusiveness is well-known; but Samuel Beckett also played first-class cricket for Dublin University, and received the Croix de Guerre and the Médaille de la Reconnaissance Française for his wartime service in the French Resistance.

As one of Ireland’s leading sculptors, Eileen MacDonagh has been collaborating with McKeon Stone for thirty years. She works mainly in stone, and has spoken about her powerful feelings for this natural medium; “The quarry is where it all begins. I love going there to see the stone in its most natural state. Quarries are my cathedrals, even when it’s raining I always come home uplifted.” Eileen MacDonagh is noted for her large-scale works such as ‘Ogham Stones’, her 2012 piece which references the ancient stone inscriptions found in many parts of Ireland. Her sculptures can be seen in the grounds of Burtown House, Co Kildare and open spaces all over the country – look out for them. 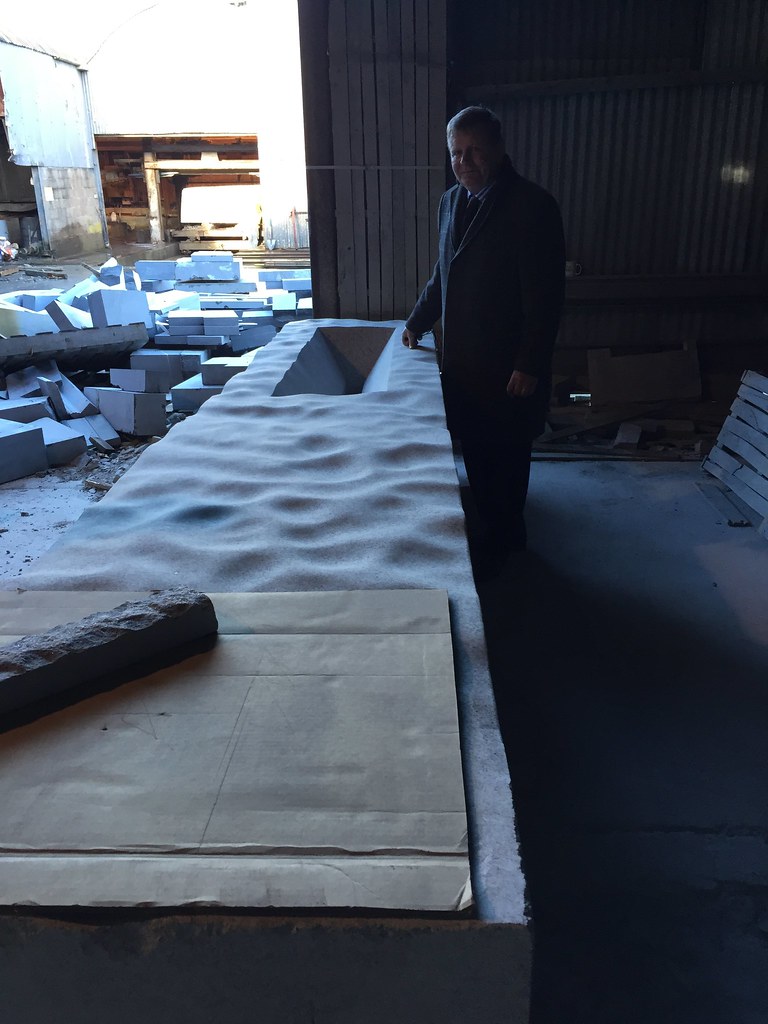