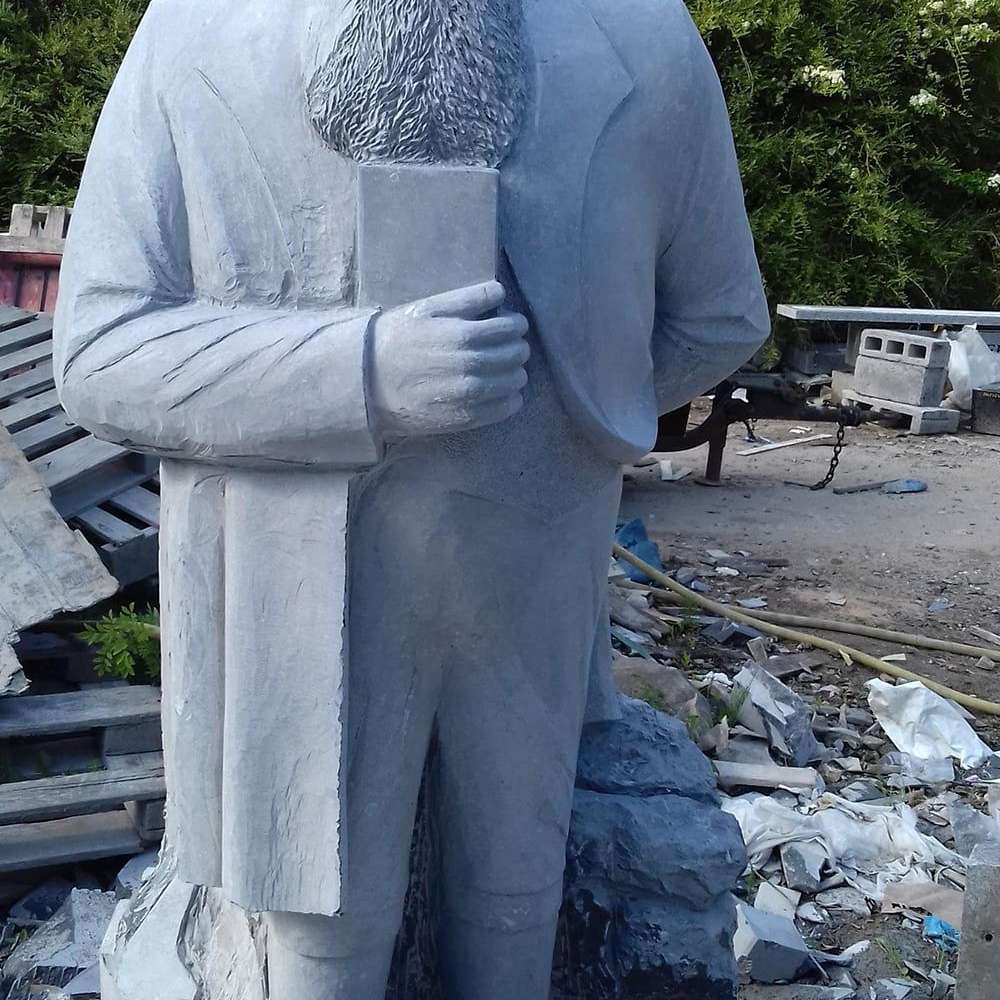 At McKeon Stone, we are very pleased to be associated with a new tribute to a hero of the sporting world. Michael Cusack (Mícheál Ó Cíosóg), the founder of the Gaelic Athletic Association, is being commemorated with a statue carved from our beautiful Kilkenny Blue Limestone, which will stand at the entrance to Cusack Park in Ennis, County Clare. The Park is the home of the Clare Gaelic Athletic Association. 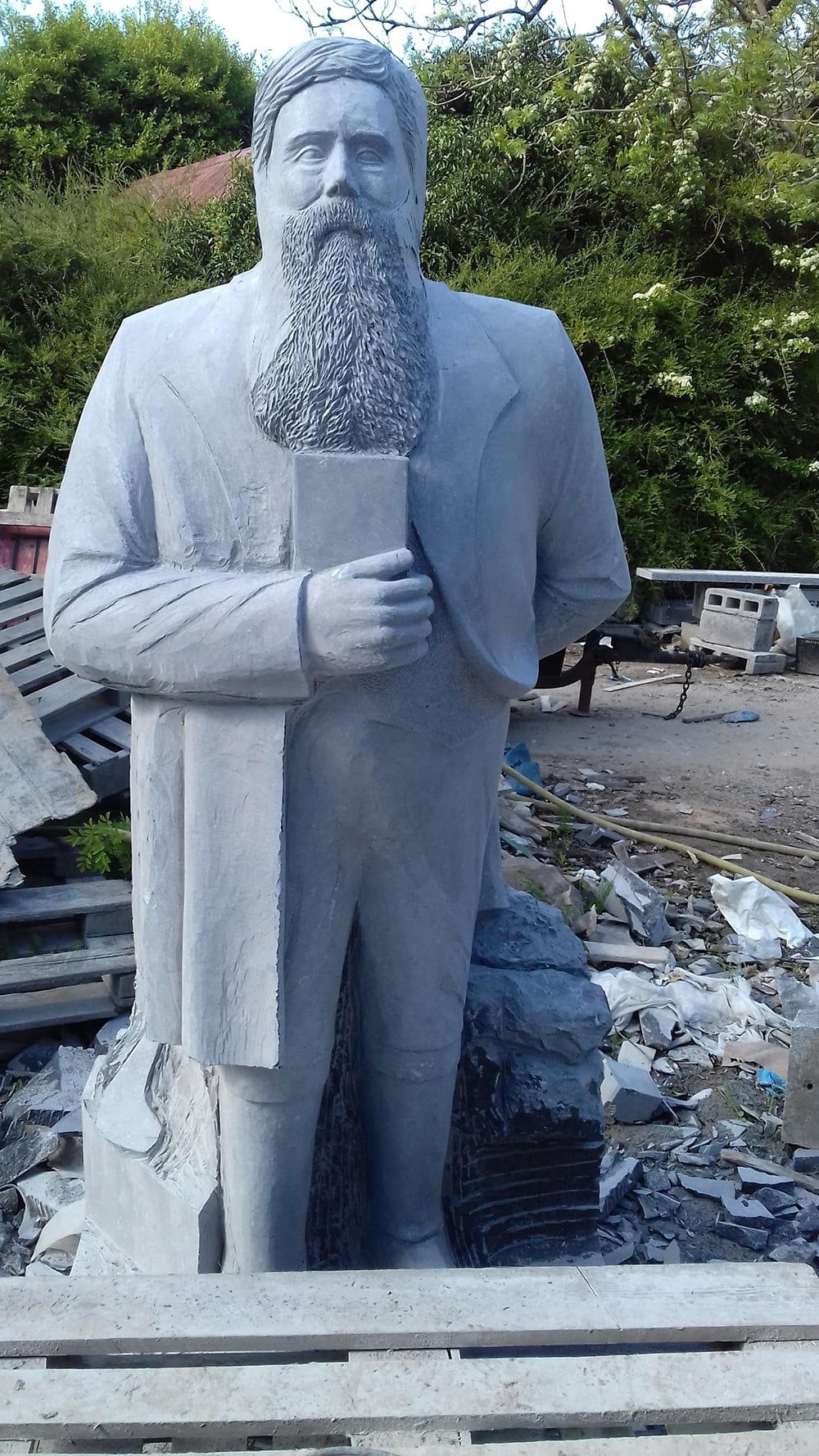 The statue is to be unveiled at a ceremony on June 28th by Mícheál Ó Muircheartaigh, the veteran writer and Gaelic games commentator. The statue stands 2.44 metres high including the plinth, and in addition torepresenting Cusack, it shows images relating to the sports associated with the Gaelic Athletic Association. Carved from Three Castle Blue Limestone, the statue is the work of McTigue Headstones, who have been producing high-quality monuments in a workshop near Ennis, County Clare for three generations. Our fine-grained Kilkenny Blue limestone is particularly suited to monuments of this type.

A Teacher and Nationalist 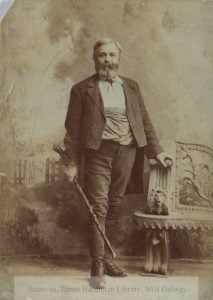 Cusack was born in 1847 in Carran, County Clare, on the edge of the Burren. He spoke Irish as a child, learning English only at school. In addition to his work in developing Irish sports, he was influential as a nationalist, teacher and champion of the Irish language. He felt that Irish sport was unfairly dominated by English rules and notions of amateurism, to the detriment of participation by young working-class Irishmen; in consequence, with Maurice Davin, he founded the Gaelic Athletic Association in November 1884 to revive, encourage and regulate the playing of sports such as hurling and Gaelic football. He also founded The Celtic Times, a newspaper devoted to furthering the cause of the Irish language, and established ‘Cusack’s Academy’ in Dublin which trained pupils in preparation for civil service examinations. He died in 1906 and is buried near the O’Connell Circle in Glasnevin Cemetery, Dublin. Another statue of him (complete with magnificent beard) stands in Croke Park, Dublin, the home of the Gaelic Athletic Association; a stand at Croke Park is named after him. Cusack is said to have been the inspiration for a character called “The Citizen” in James Joyce’s Ulysses, although Joyce himself denied this. Cusack’s childhood home has been preserved and is now open to the public – it is certainly worth a visit if you are in the area. 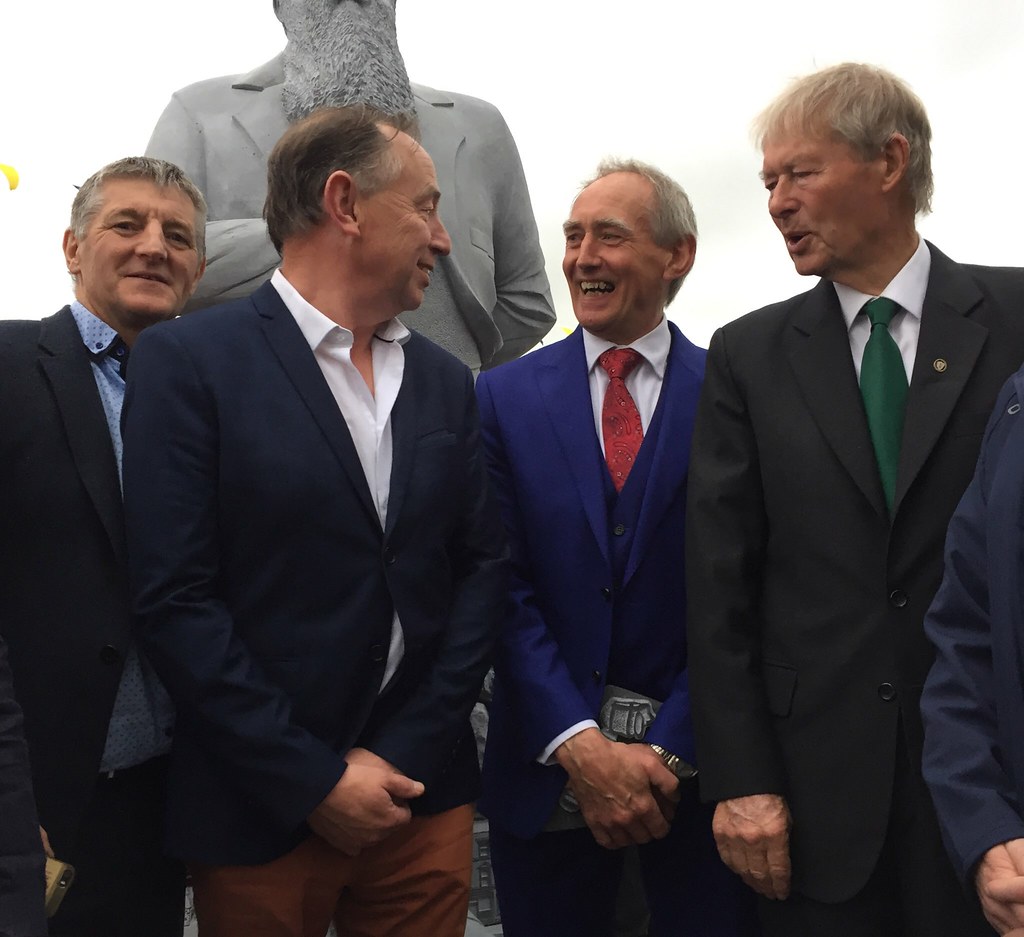