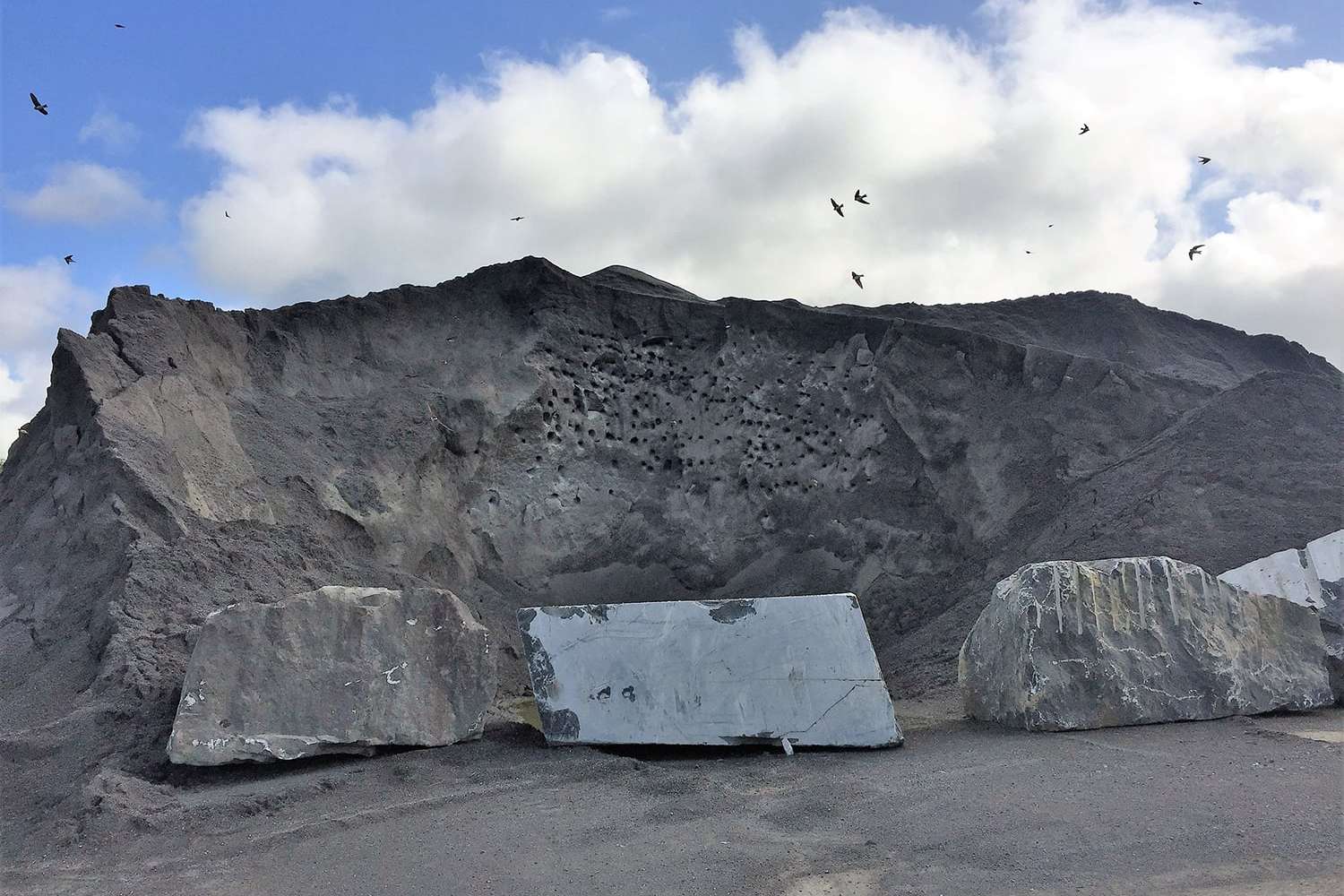 Sand martins are small birds, looking rather like their relative the house martin, who usually nest in colonies, in burrows which they excavate in sandy cliffs. This year, we were amazed to see that a flock of them had made their home in a pile of limestone dust at our quarry. 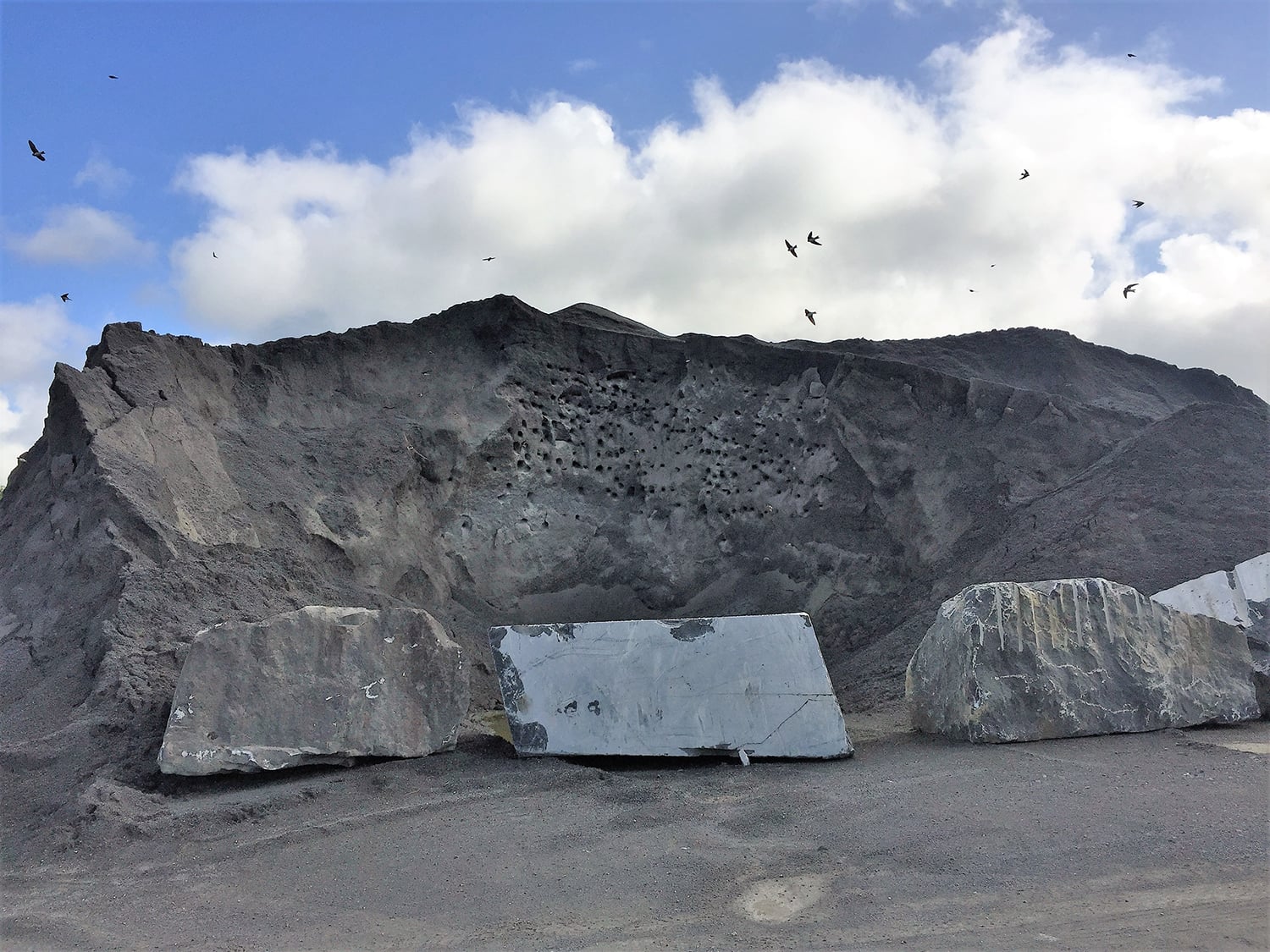 Consideration for Our Guests

No-one at McKeon Stone wanted to see the sand martin nests disturbed, so we have been doing what we could to keep them safe. The nesting area has been ‘quarantined’ to ensure that they can get on with raising their families as peacefully as possible. If all goes well, the chicks should be ready to leave their nests at some time during the first half of July. Their parents will be feeding them with flying insects, which they catch on the wing.

Sand martins are in the British Isles for only a few months every year, spending most of their time in the Sahel region of Africa. The young birds will need to be ready to fly south with their parents at the end of July. The good news is that sand martins often return to the same place to breed year after year, so perhaps we shall see them again next spring.

Although it is fairly unusual for sand martins to nest in a limestone quarry, they are known to use some other artificial cliffs on occasion, such as the edges of gravel pits. They are not classified as rare birds, but their numbers have been affected by African droughts in some recent years, so we are particularly pleased to be able to give them a home.

It might be thought that the ground at Three Castle Quarry is generally too disturbed to offer much shelter to wildlife, but in fact we do have some unusual visitors at times, and limestone excavation creates some new habitats such as wetlands and pools. We sometimes see birds of prey such as peregrine falcons hunting along the cliff edges (let’s hope the sand martins can keep out of their way).