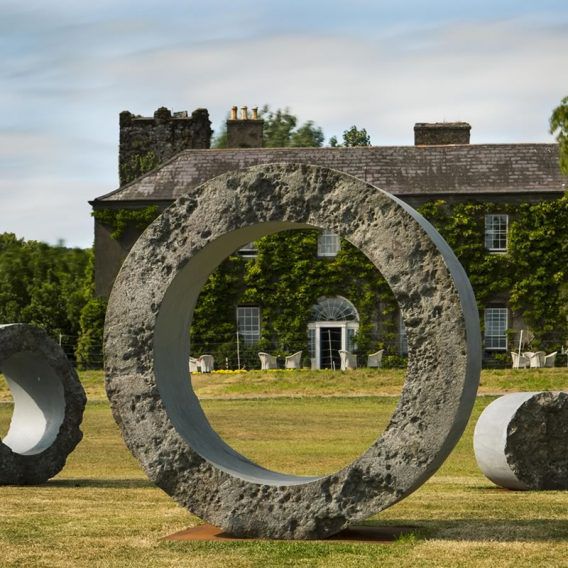 Richard Scott is a well-known Irish independent curator and cultural entrepreneur, based in Cork, who organises exhibitions of works by sculptors as well as a wide range of other events. We at McKeon Stone are honoured to offer him our support with his annual exhibition in the grounds of Ballymaloe House in Shanagarry, County Cork.

The summer exhibition will open on Midsummer Day, Wednesday June 21st, and run through the summer until the first weekend in September. It will feature fifty works from some of Ireland’s best sculptors. Every Tuesday and Thursday night at 6 p.m., there will be a guided walk through the exhibition, which will be open to the public without charge, and without prior booking being necessary.

Richard Scott has been running his successful annual summer exhibition, known as ‘FORM’, for several years, under the umbrella of the Artistic Alliance, an organisation founded by him which gathers artists from all over Ireland for group shows. A previous Ballymaloe summer event was described by the art critic of the London Times as an ‘interestingly eclectic exhibition’ with something for everyone.

Ballymaloe House is a historic Irish country house which was opened to the public as a restaurant by its owners in 1964. The restaurant became famous for its locally-sourced gourmet cooking, and a few years later letting bedrooms were added. As a hotel, Ballymaloe House has won numerous awards, and it is the only Irish establishment on the Condé Nast Traveller Magazine’s list of the worlds’ best hundred hotels. Additionally, it hosts various cultural events such as Richard Scott’s summer exhibition. If you find yourself in County Cork, why not visit the exhibition?