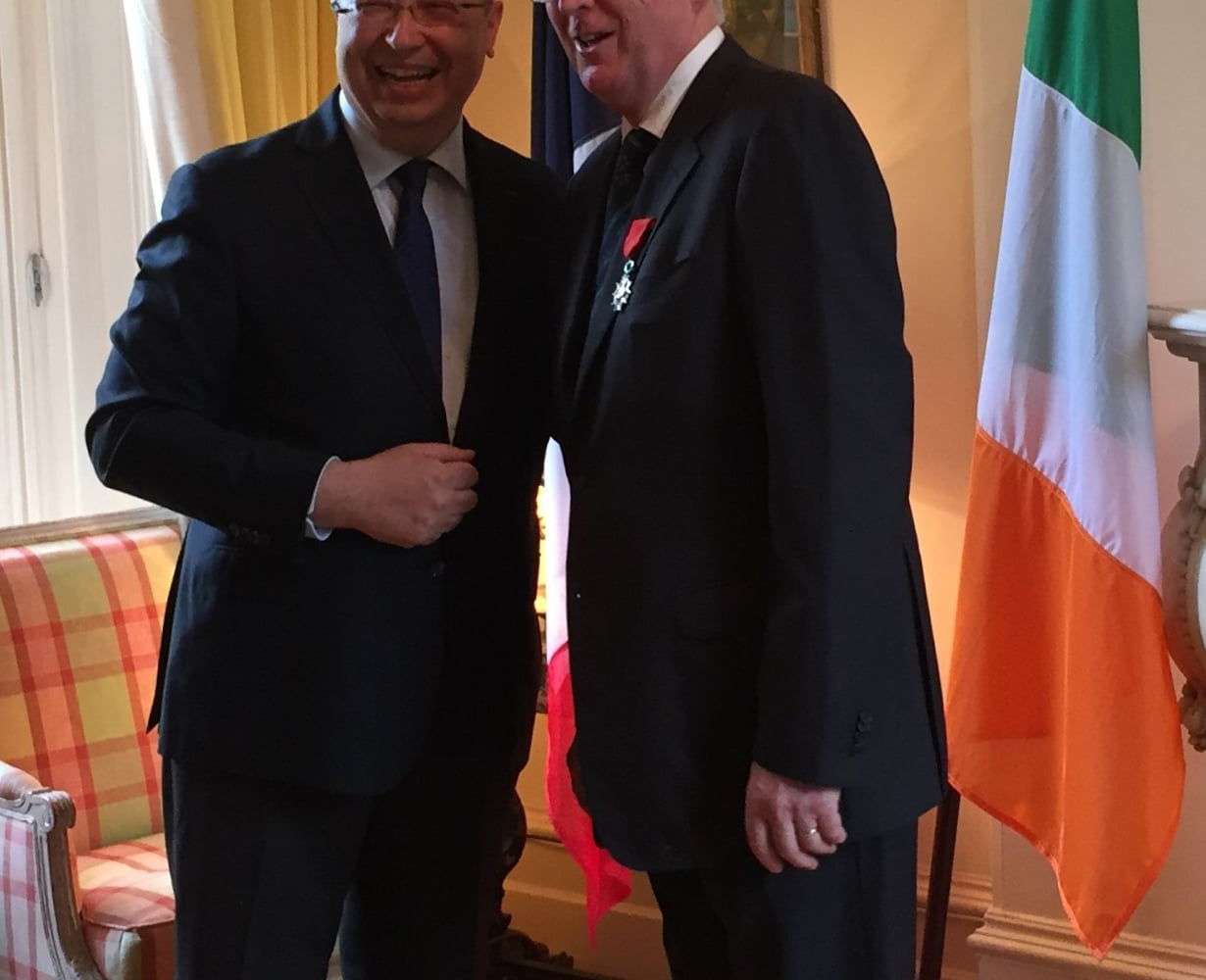 At a ceremony on Friday May 12th, John Green, Chairman of the Glasnevin Trust, was awarded France’s highest honour by the French Ambassador, His Excellency Jean-Pierre Thébault. The award took place at the French Embassy in Dublin.

John Green of Glasnevin Trust, was awarded the Légion d’Honneur in recognition of his contribution to the establishment of the France-Ireland Memorial at Glasnevin Cemetery. The Memorial, gifted to the people of Ireland by the French, commemorates the ‘solidarity and sacrifice’ of many thousands of Irish people in the defence of France, especially during the First World War but also in other conflicts such as the Second World War and the Franco-Prussian War of 1870-1871.

The Memorial was created by a professor and four young students of the Beaux-Arts de Paris (the Paris Fine Arts School). Drawing on both French and Irish traditions, it includes a replica of a wooden cross set up in the churchyard at Ginchy, northern France, by men from the 16th Irish Division. Over a thousand Irishmen had lost their lives in the area, in battles which were part of the Somme campaign of September 1916. Total Irish deaths on the Somme were more than four thousand, with many more seriously injured.

The memorial is made from Kilkenny Blue Limestone from the McKeon Stone quarry. The base consists of large rough stones resembling Irish megaliths, representing the land of Ireland. On top is a large Celtic cross; the total height of the monument is more than seven metres. An inscription quotes words by Marshal Fochs, Supreme Allied Commander, paying tribute to ‘the debt that France owes to Irish valour’. 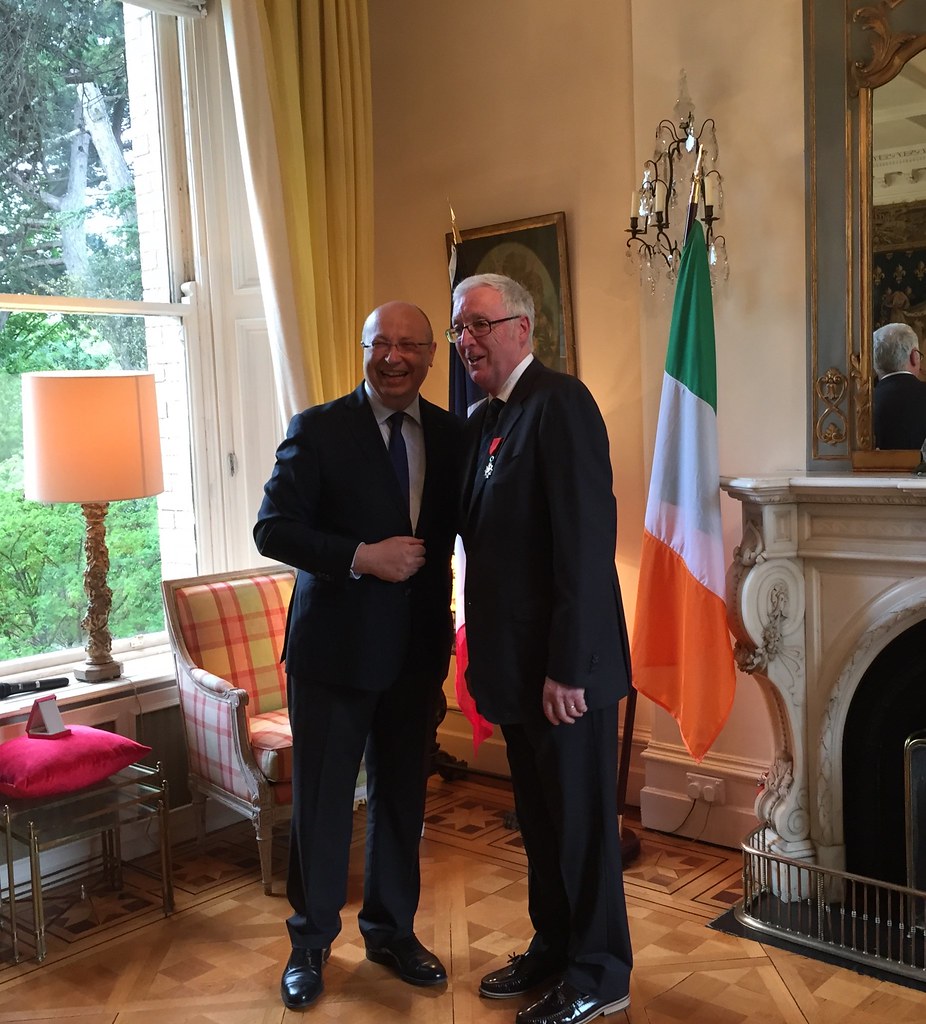