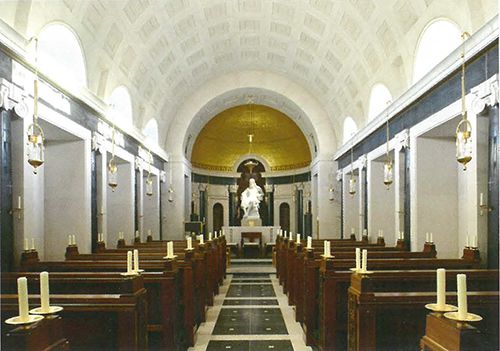 The outstanding quality of our Kilkenny Blue Limestone was acknowledged when it was chosen for an award-winning traditional chapel, recently built by architects Craig Hamilton in the south of England.

A Special Award by the Stone Federation of Great Britain

At the recent Stone Federation of Great Britain’s Natural Stone Awards presentation in London, a building to which McKeon Stone had made a substantial contribution received a Special Award. The judges told the audience of stone industry specialists that the building, a traditional oratory, was so good that it could have won top awards in several of the competition’s categories, which was why they decided to put it in a category all to itself.

The Standards of the Past

The oratory, which is situated on a private estate in England, was commissioned by a charitable trust which has chosen not to be named. At McKeon Stone, this appealed to us as an unusual and special project not just because of its classical appearance, but also because traditional methods were used throughout. This is not a chapel built with modern materials and techniques but designed to look old-fashioned. The walls are of solid, load-bearing masonry and the roof of the main nave is a load-bearing stone vault, just as in a mediaeval church; the windows are barrel-vaulted and there is a cantilevered staircase connecting the two floors of the chapel and its organ loft. Interior and exterior decoration includes the traditional stone-carving and lettering to which limestone is ideally suited. The judges told us that the building was “proof that the standards of the past can still be met”.

We were very proud to be associated with this project, which reflects our respect for traditional building methods, and the expertise in meeting industry needs which McKeon Stone has built up since the family began quarrying Kilkenny Blue Limestone in 1950.

The Best Design, Skills and Materials on Display 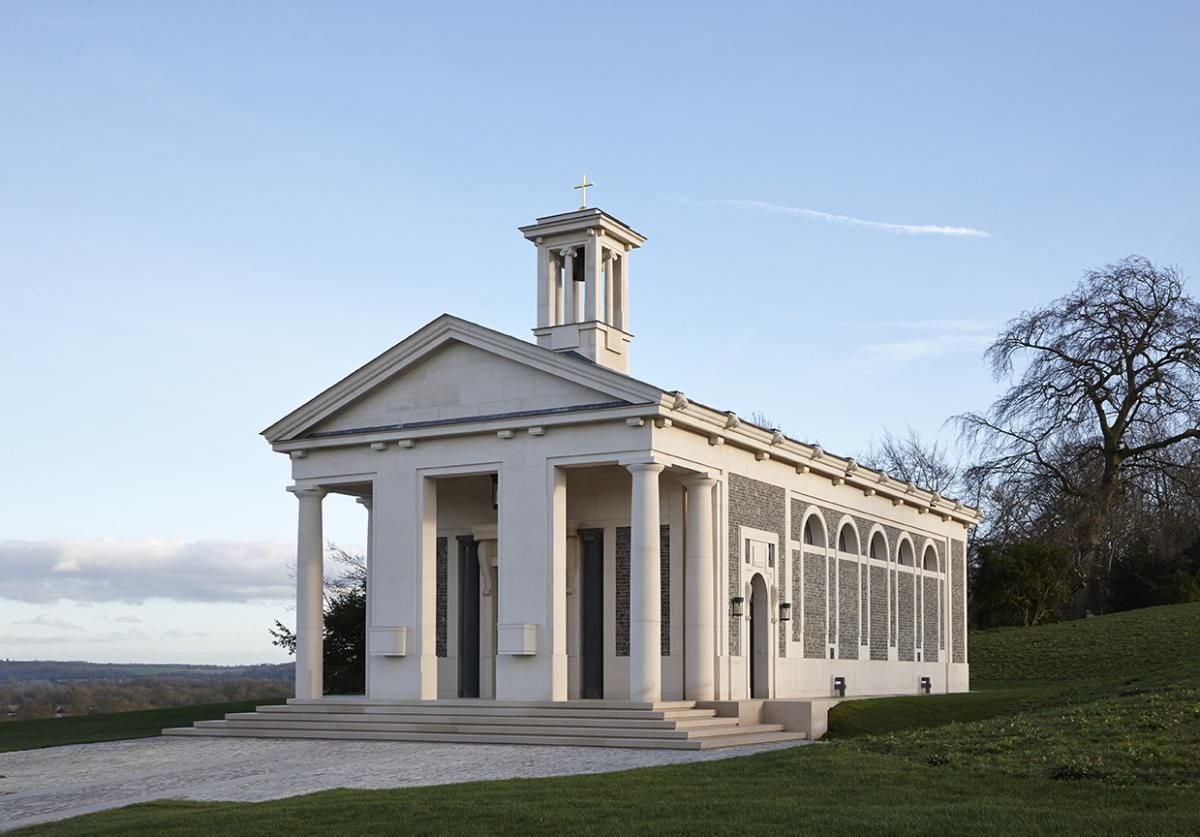 In addition to top-quality stone, the oratory’s architects, Craig Hamilton, commissioned craftsmen and craftswomen from a range of disciplines, such as the Royal School of Needlework, whose needlewomen contributed eight pieces of silk embroidery including a spectacular Altar Festal Frontal with two angels. Although the building is not normally open, the public will be able to attend Mass there on the last Sunday in every month, and it will also be open to visitors on a few days every year. We hope that many people will take the opportunity to view this special building, which demonstrates so well that the skills and expertise of the past are still alive toda

Our beautiful Kilkenny Blue Limestone has proved its worth in both restoration projects and new buildings such as this oratory. We always welcome the opportunity to discuss our customers’ projects with the personal care, and attention to detail, on which we pride ourselves. As a family firm, we think that this personal touch is the aspect of our business which really makes us stand out. Why not get in touch with us to talk about how we can enhance your project with our top-quality stone products?